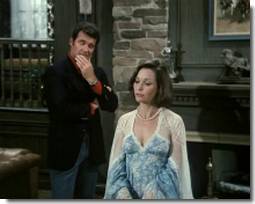 James Rockford. 1970s TV detective. Lovable loser. Does he ever get paid for a case? He always gets to the truth of the situation somehow, but the paycheck seems to evade him for one reason or another virtually every time. That obviously explains why he lives in a grungy trailer on the beach. On the other hand, something’s got to be paying for his shiny Pontiac Firebird, which gets bashed up quite often.

Although The Rockford Files has been in syndicated reruns since record-keeping began, I’ve been getting reacquainted with it through the internet service “Hulu,” where there are currently three seasons available to watch for free. I like watching this way because as compared to regular TV, where scenes are often brutally edited to squeeze the show into a time-slot with the requisite number of commercials, on “Hulu” you seem to see every minute of what’s on the original tape (even if advertisements sometimes butt in at odd moments). And naturally it’s nice to watch a show just when you feel like it. Me and Mrs. C. recently finished watching everything available from Kojak—the often-brilliant 1970s police show with Telly Savalas set in New York City.

I always loved The Rockford Files as a kid (even then in re-runs), but I’m just now realizing how many great lines Rockford has, and of-course James Garner delivers them so well. It was a role that was literally tailor-made for him, and fits him better than any glove. In an episode just watched, he is working for a woman who is trying to thwart a blackmailer. She acquired the title of “Countess” through a short-lived marriage in Europe. One scene has this interchange between her and Rockford:

Countess: I think I like you. You certainly aren’t impressed by the fact that I once had a title.

Rockford: Well, I knew a guy a while back. He was a torpedo for the mob and he had little business cards printed up and on them it said “Independent Contractor,” and then his name, and under that it said “Hit Man.” And that’s really the only title that ever impressed me.

It makes you want to print up some business cards just like that, doesn’t it?

By the end of the episode, things have gone a bit awry, and the Countess’s husband has attempted to murder Rockford in a misguided effort to protect her secrets. Rockford is injured but patched up, while the husband, Mike, is minutes away from death in the hospital. Rockford stops to offer a little sympathy to the Countess, and she tearfully opens up:

They keep fooling you, don’t they. You think everything’s real. Then we get close enough so you can see, it’s just made of plastic. Mike was the only genuine article around. But he got hooked on a plastic countess. How do you deal with that?

Rockford’s reply to this is a non sequitur if ever there was one, but brilliant:

We’re all scared to death. I guess that’s the penalty we pay for living in a world where all the price tags end in 99 cents, and they sell mortuary plots on billboards next to the freeway. What you do is … is keep laughing.

How about that? Centuries of philosophy, theology and psychiatry, distilled into three sentences.

And quality television, from an era that won’t return.