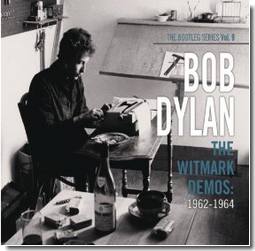 “Death Comes Creeping” is a song which originated as a Negro spiritual and has had many incarnations over the eons. One version of it is actually titled “Soon One Morning,” with verses including these:

(Hear a version on YouTube from Fred McDowell, 1959, recorded by Alan Lomax)

Bob Dylan picked up on the song from someone somewhere, and recorded a number of different versions, changing the lyrics as he went. The song was ultimately published as a Dylan original under the title “Whatcha Gonna Do?” but no recording was officially released until 2010 on The Bootleg Series Vol. 9: The Witmark Demos: 1962–1964. And the officially released performance is of the very same lyric as in the published version (right there in the original Writings and Drawings book). That performance, being a Witmark demo, was precisely for the purpose of publishing.

However, it’s not necessarily the best version of the song that he recorded. There are at least three recordings in existence: that Witmark demo, which was chronologically the last of the three, and two earlier ones that appeared on the limited edition Copyright Extension Collection released last year. It’s the second of those two that I think is (by far) the best, a fine recording of a terrific song. Comparing the three and seeing how Dylan progressed with the song casts some light on how he makes his magic happen as a songwriter, and also is arguably a lesson in the virtue of economy in songwriting; that’s a virtue all great songwriters including Dylan value, but that doesn’t prevent any of them from getting carried away at times.

In the first version (currently audible via YouTube), it seems that Dylan is sticking very close, lyrically, to a traditional rendition of the song which he had heard. Each verse poses a question or makes a statement, repeats it twice more, and ends with a variation on: “Oh Lord, oh Lord, what shall I do?”

So the first verse is based on this question: Tell me what you gonna do when death comes creepin’ in your room

The second verse states: Sinner run and hide when death comes creepin’ in your room

Third verse: Tell me what you gonna do when death comes creepin’ in your room (same as the first verse, of-course)

Fourth verse: Tell me what you gonna do when death comes knockin’ on your door

So, obviously the territory we’re in is a gospel blues song that confronts the listener with the certainty of death and demands a response. It’s a common thing (as death itself is fairly common); you could compare it to many other songs which use the same rhetorical device (“Travelin’ Shoes,” for instance). To the extent Dylan is playing with the song at all here, he is choosing to make the recurring final question of each verse “What shall I do?” instead of “What shall you do?” which dampens the accusatory tone of some other versions and turns the questioning back in on himself. 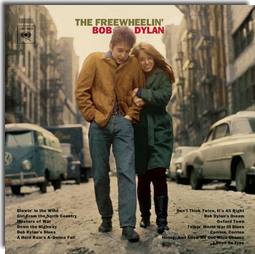 The second version Dylan recorded (currently audible via YouTube) is amazingly changed. I don’t want to overstate it, but it really does come from another place; he’s made it his own (as he’s done over the years many times with traditional and alternatively-sourced themes).

His performance is also completely different: much more up, confident, assertive and bright than the first one. And he’s changed the final question of each verse (back) to “Oh Lord, oh Lord, what shall you do?”

The first verse poses the question: Tell me what you’re gonna do when death comes creepin’ in your door

The second verse: Tell me what you’re gonna do when the devil calls your cards

Third verse: Tell me what you’re gonna do when the shadow comes into your room

Fourth verse: Tell me what you’re gonna do when your water turns to wine

And that’s it. Yet the song leaves the listener in a completely different place to before with that final question. The first three verses are all of a theme: What are you going to do when the real bad things happen to you? When death, the devil, and the shadow arrive? These questions are all of a piece with the traditional song. And, make no mistake, they’re good questions. These are the things which when they happen shake us out of complacency. Death, most of all, defeats all the clever constructs we may rely upon to get through the day and carry on. Death accepts no nonsense. The death of a loved one faces us with this, but naturally it is our own death, or apparently imminent death, which strips everything away in the most inescapable manner. The song—this one and the traditional versions—asks us to consider what we’re going to have left in that moment, and if we think we’re going to have anything that stands up.

But Dylan’s final question, “Tell me what you’re gonna do when your water turns to wine?” puts us on very different ground. What does that even mean: when your water turns to wine? Dylan, as he does on other occasions (especially in his early years) has taken a song that was going in a familiar enough direction and just flipped it into another dimension. The changing of water to wine naturally brings to mind the biblical story of Jesus’ first public miracle, at the wedding in Cana. That’s the image; it’s one that Dylan as a songwriter knew that listeners would know, and would resonate in some way. It flips the song into another dimension because now the question is not merely: “What are you going to do when the very bad things happen to you?” but: “What are you going to do when something very good happens to you? How are you going to respond to a miracle in your life?”

The original gospel song is aimed at making the sinner run to church because he’s afraid of death. (A fairly solid reason.) But this other question is in its way even more penetrating. How are you going to respond to things going right, to an unexpected blessing, to a feeling—even a fleeting one—that God has reached out and saved you or set you in the right direction? How do you respond to an unsought good, what some people call the grace of God? (And others might just call “good luck.”)

Surely we all experience things like that sometimes, even just a minute that makes our eyes well up, that feeling of being touched or being guided by something much higher for a moment. Water turning to wine. But what do we do with that? Do we just let it go? That’s the human thing to do, to just shake it off and move along to contemplating the next problem down the road. Our hearts are forgetful that way. Just as it’s easier to nurse grudges rather than to nurture gratitudes.

But from the songwriter’s and the song’s perspective, no answer to the question is necessary. The power of the song is in simply putting the question out there to entrance the listener. (And the same songwriter once wrote in a poem that “every question / if it’s a truthful question / can be answered by askin’ it“.)

The song is done, then. Dylan nailed it right there.

But apparently he didn’t think so, because the later Witmark demo is changed again. The main thing he did was add a verse. (The performance is reasonably bright but not as clean as the former one.) So now the lyrical structure goes:

First verse: Tell me what you’re gonna do when the shadow comes under your door

Second verse: Tell me what you’re gonna do when the devil calls your cards

Third verse: Tell me what you’re gonna do when your water turns to wine

Fourth verse: Tell me what you’re gonna do when you can’t play God no more

Fifth verse: Tell me what you’re gonna do when the shadow comes creepin’ in your room

So he’s dispensed with “death” in favor of “the shadow” (maybe to make his song more distinct from the traditional one), but the chief change is that fourth verse, following the “water turns to wine” one, where he asks “what you’re gonna do when you can’t play God no more?” That’s just a mistake. It’s a clunker. Instead of leaving the listener with an endlessly provocative and mysterious question, he’s gone the sledgehammer route, hitting the listener over the head. He’s overwritten it. So, obviously, he put it aside, and it became just an oddity, a collector’s item. When you have songs like “Blowin’ in the Wind” and “A Hard Rain’s A-Gonna Fall” in your side pocket, it must be a case of easy come, easy go.

But that second version would’ve been worthy, I think, of inclusion on an album, if he’d stopped right there. Some might suggest that he didn’t intend to stop there, that the tape just ran out—and that’s a possibility because it ends a bit abruptly—but I don’t think so. I prefer to think he had it in just that moment, but like so many good things in life, it just slipped out of his hands.