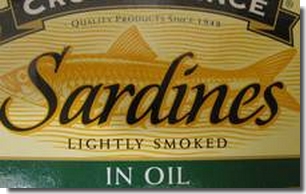 Why does vitamin D interest me so? I swear, I’m not one of those supplement-popping freaks. I’ve never been a vitamin C zealot, nor a loud advocate of ginseng, royal jelly or even wheat germ. Yet, the continuing story of how vitamin D levels have been massively overlooked by the scientific and medical communities as a vital factor in human health fascinates and compels me because it is a singular example which illuminates a much bigger picture.

Science is wonderful. Medical science has saved so many lives and every day works what would have been considered miracles not very long ago. It is to be greatly valued and scientists and doctors are to be admired and encouraged to continue in the same vein. All of that is true, and yet, it is even more important not to forget one underlying fact: Everything that scientists and doctors think they know could actually be wrong. Everything.

It’s proven every day, from estimates of how long the universe has left to exist to whether patients in “persistent vegetative states” might actually still have awareness.

We know what we think we know, scientifically speaking, only until further knowledge negates that which we thought we knew. It is not a reason for despair; it is only a reason to maintain perspective, and to place one’s full faith and trust only in such things as one can be sure will never change. If one can find such things, of-course. That would be another category of discussion.

On to the vitamin D specifics for today: It’s already been widely reported how recent studies have found an exceptionally strong correlation between low levels of vitamin D (sometimes called “the sunshine vitamin”) and many deadly cancers, including that of the colon and breast, in addition to some correlation with conditions such as Alzheimer’s and heart disease. However, research just being reported in the media today underlines the crucial role that vitamin D appears to have in the human immune system’s response even to such things as influenza and food poisoning. From the Telegraph: Vitamin D ‘triggers and arms’ the immune system.

The so-called sunshine vitamin, which can be obtained from food or manufactured by human skin exposed to the sun, plays a key role in boosting the immune system, researchers believe.

In particular it triggers and arms the body’s T cells, the cells in the body that seek out and destroy any invading bacteria and viruses.

Scientists at the University of Copenhagen have discovered that Vitamin D is crucial to activating our immune defences and that without sufficient intake of the vitamin, the killer cells of the immune system – T cells – will not be able to react to and fight off serious infections in the body.

Professor Carsten Geisler from the Department of International Health, Immunology and Microbiology, said: “When a T cell is exposed to a foreign pathogen, it extends a signalling device or ‘antenna’ known as a vitamin D receptor, with which it searches for vitamin D.

“This means that the T cell must have vitamin D or activation of the cell will cease. If the T cells cannot find enough vitamin D in the blood, they won’t even begin to mobilise.”

Most Vitamin D is produced as a natural by-product of the skin’s exposure to sunlight. It can also be found in fish liver oil, eggs and fatty fish such as salmon, herring and mackerel or taken as a dietary supplement.

And the definition of what constitutes “enough vitamin D” is undergoing massive revision. Expect dramatic changes to your local-trusted-government-health-authority’s guidelines any time now.

What does this mean? I think it’s worth stating and restating as bluntly and as often as possible: The dermatologists have been killing us, for decades, and on a massive scale. Inconceivable butchery, albeit quite unintentional. Not only the dermatologists, mind you, but all those who have followed their lead of advocating near total sun-avoidance, sunscreens with SPFs of 30 and 40 and more, covering all our skin with clothing, wearing hats with wide brims, etc, etc. Of-course, skin cancer is real, and no doubt there is something to the evidence that excessive sun exposure can trigger it. But skin cancers are relatively treatable and detectable compared to the kinds of big killers that are being found to have flourished in people with low levels of vitamin D, which especially means those of us in the Western world who work indoors all day, pay attention to the health experts, and slather on sunscreen before nervously venturing out on the weekends. Now, it looks like we can add many deaths due to virulent influenzas and other kinds of infections to the tally of the anti-sun brigade all these many years.

It should go without saying that getting burned by the sun is never a good thing, and the level of exposure that causes a sun burn varies enormously based on one’s skin type. Some will get burned in five minutes of sunshine that others can bathe in for an hour. By all means, people who can’t take the sun or don’t have access to it should eat plenty of sardines and/or take vitamin D supplements. Those steps are probably prudent for anyone.

Yet, clearly the human body in general was designed not to be destroyed by the sun but to thrive beneath its rays. We are not moles, after all, but naked creatures of the surface, who, in our most natural state, would be out picking berries and hunting during the day. The confidence that the scientific and medical community has held in exactly the opposite belief, for all of this time, is what’s so damned fascinating to me.