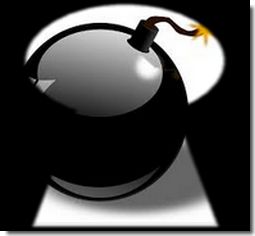 We live in an age of near total surveillance. For my own part I live in New York City, where I know I can’t walk fifty feet without being recorded on someone’s camera. But far beyond that, we know that the “intelligence community” has access to all of our digital communications and activities, and likely our analog ones as well. We are given to understand that all of this is the price we must pay for safety, in order to thwart would-be terrorist attacks.

Being “under surveillance” meant something different back in the old days, when the entire population wasn’t being subjected to it. Remember the quaint concept of being tailed? That meant an actual human being would be watching where you went and what you did, from a discreet distance. We’ve all seen the old movies and cop shows, with the guy outside in his car, keeping his head down and going through endless cups of coffee, pastrami-on-rye sandwiches and cigarettes.

How old fashioned and ridiculous. Except that if the bad guy under surveillance left his house, armed and dangerous, with mayhem on his mind, the guy who was on his tail was actually in a position to stop him from accomplishing his ends, or at least to call for back up. This is as opposed to the effectiveness of a roomful of 20-something-year-olds in their cubicles combing through millions of emails for provocative keywords in order to compile reports to forward to some slightly older dweebs in middle-management.

You probably get where I’m going with this, but let’s go there anyway. It’s well known that Boston marathon bomber Tamerlan Tsarnaev was “under surveillance” by U.S. federal authorities due to previous radical Islamic activities and due to the fact that Russian intelligence services had warned U.S. intelligence services about him. Yet, despite this “surveillance,” he and his brother, Dzhokhar, were able to assemble pressure-cooker bombs in their home and then carry them and place them right beside innocent people, including children, near the finish line of the Boston marathon. Some surveillance, huh? (But I’m sure that their emails were all properly scanned for provocative keywords.)

And just the other day in Garland, Texas, a man named Elton Simpson who was “under surveillance” by the FBI since 2006 for jihadist activities was able, along with accomplice Nadir Soofi, to leave his house, armed with an AK-47 and dressed in body armor, and drive unimpeded to the site of an exhibition of cartoons of the alleged prophet Mohammed, and get out of his car and commence firing. (Luckily, Simpson and his jihadist friend were forced to permanently revise their plans by a Garland traffic police officer working security at the event, armed only with a pistol and a cool head.)

So, even putting aside all of those pesky constitutional issues, the question is this: What is all of this universal surveillance getting us, versus putting actual tails on actual human beings planning actual harm to real people?

And if individuals who are “under surveillance” are capable of getting away with these horrific acts, then what does “surveillance” mean other than the total loss of privacy of the general population? That is, we are accepting George Orwell’s 1984, in the name of stopping bad actors who the authorities are ultimately not willing to actually target and stop.

I don’t know about you, but as a U.S. taxpayer I’d prefer to be paying for those cups of coffee and pastrami-on-rye sandwiches to keep hands-on tabs on the bad guys versus all of these huge databases and associated data analyzers who are keeping tabs on absolutely everyone to little or no effect.

What can I say? Like Fred Astaire and Rita Hayworth, I guess I’m just old fashioned.