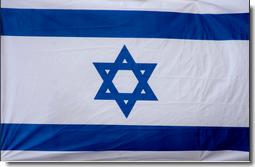 I am continually and genuinely perplexed when major Christian institutions—whether that be particular Protestant denominations or indeed the great Roman Catholic Church—seem to go out of their way to take official positions on matters of international relations that specifically run counter to the expressed security interests of the people of Israel. It is not at all that I think these churches ought to reflexively support the line of the Israeli government of the moment, but rather that I cannot understand why they feel obliged to put themselves out there officially on the given issue at all, versus merely doing what religious teachers are after all most qualified to do, which is to lead people in prayer for good and peaceful outcomes. Some of us Christians actually devoutly believe in the real power of prayer and conversely have much less faith in the power of bishops and priests to make accurate judgments on matters pertaining to hard-nosed international diplomacy, economics and military strategies. (Call us crazy.)

But say what you will about other issues that church representatives speak out on, gratuitously or not: Israel is a special issue, one on which you would think Christian leaders would feel a particular need to practice caution, given the debt of blood that silent or complicit Christian leaders have owed based on the atrocities of the past. So why do they feel the urgency to get out in front and adopt a line that may endanger the lives of the people of Israel today, that may bring us closer in reality to a second holocaust, within living memory of Hitler’s? Why not—instead of giving possibly flawed policy prescriptions—just pray for peace, and for God to heal the hearts of those inclined towards killing? What I’m suggesting is to really pray like no tomorrow, and to lead prayer as if it actually matters. On this I think credit should be given where due to Pope Francis for the occasion last June when he invited the Israeli president and the president of the Palestinian Authority to the Vatican to pray together. This, I thought at the time, is exactly what popes ought to do. Compelling people to get together and implicitly acknowledge that they are judged by the same God is a great thing for any pope to do, and something that I think God surely observes. Given what we see going on in the world today—all the mass murdering, crucifying and beheading by those who dislike how others choose to worship God—bringing a Muslim political leader together with a Jewish one and together with Christians to publicly pray was not a small thing. But once is not enough, and the power of prayer, which is the most powerful tool believers possess, is not being used frequently enough, loudly enough or publicly enough.

The power of committees of clerics with their busy-body policy papers is far less edifying, and yet, when it comes to advocating policies that go against the expressed national interests of Israel, many Christian church bodies seem barely ever to rest.

Today, the U.S. Catholic bishops officially endorsed the “tentative agreement” between the U.S., other world powers and the Iranian regime with regard to Iran’s nuclear program. Through their spokesman, Bishop Oscar Cantu, they went further, in fact, announcing that they “oppose efforts that seek to undermine the negotiation process or make a responsible multi-party agreement more difficult to achieve and implement.” So Israel (or anyone in the U.S congress who dislikes the deal) should just shut up and swallow it. The bishops have spoken. Cantu went on: “The alternative to an agreement leads toward armed conflict, an outcome of profound concern to the Church.” 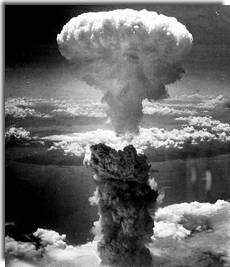 This last is stated as a fact, when it is actually only an opinion. The opposite opinion would contend that the best way to avoid armed conflict is not to make this agreement, but to continue and strengthen the sanctions that brought Iran to the bargaining table to begin with, and hold out until a better agreement is reached, one which does not leave Iran with an almost entirely intact nuclear apparatus that can be ramped up at any stage to produce a bomb, and one which does not envision them gaining even greater nuclear freedoms after a mere decade. Some would contend that it is this very agreement on the table right now that is highly likely to lead to an horrific armed conflict, between an Iran greatly strengthened by the end of sanctions and the neighbors it threatens with destruction, which means Israel in particular but also means countries like Saudi Arabia that are almost certain to move to acquire nuclear weapons themselves rather than be beaten to that punch by the Iranian mullahs.

So by opining that it is this particular “framework” or nothing that is vital to avoid a terrible war, the U.S Catholic bishops are simply announcing something that they are not qualified to know. They do know how to pray—one would assume, after all their years of theological study in seminaries and such—but instead they nail their colors to the mast in this area in which they have no special reliability, and one in which they just happen to be quite possibly impacting the future of the Jewish people in Israel in a highly negative way. It is, as I said at the start, quite perplexing to me, because it is at the very least unnecessary for them to take a position either way.

In the narrower realm of church politics, however, it’s not too perplexing, since they are merely following the lead of the boss. Pope Francis praised the “Iran accord” in his Easter message a couple of weeks ago. So the U.S. bishops are saluting and following suit, not that there’s any reason to think they find it especially difficult in this case.

Why doesn’t Pope Francis invite the Ayatollah Khamenei, Benjamin Netanyahu and Barack Obama to the Vatican to pray for peace? If they come, well, prayers matter and prayers can work. So Christians are said to believe (and so this Christian believes). If one of the three refuses, well, that would at least be clarifying, would it not? And on much more mundane levels, Christian church leaders could do these kind of things in a variety of ways, but religiously-based things, prayer-based things, not involving the concoction of essentially political policy manifestos.

The other day (and on the other hand) Pope Francis aroused the ire of the political regime in Turkey for describing the killing of 1.5 million Armenians there as a “genocide.” It is laudable no doubt to correctly so describe this atrocity that took place one hundred years ago. We all like to be seen and heard to say the right thing about the past. How much more laudable, however, to say something or do something in advance to prevent a genocide that is currently being contemplated and threatened? Or, at the very least, to refrain from saying words, and having Church apparatchiks issue policy statements, in such a way that might well lead to another genocide? Is it so much to ask that Christian leaders in the 21st century should not be asking the people of Israel to shut up when it comes to speaking out in the name of their own survival?

The Iranian regime has openly threatened Israel with destruction for many years. Individuals in that regime have remarked that it would only take one nuclear bomb to end the nation of Israel, and even contemplated the notion that Iran could absorb nuclear retaliation—having a much greater land mass and population—in the noble cause of eliminating the “Zionist entity” from the face of the earth. It may all sound insane, but with hindsight we might well think Hitler was insane, and when we see the jihadis chopping the heads off of innocents and crucifying Christians, we think they’re insane … but characterizing things as insane does not make them unreal. Not in the least.

The progress made towards greater understanding between Christians and Jews in the past sixty years cannot be dismissed. Pope John Paul II characterized the Jewish people as “elder brothers in faith,” and the notion that God’s promises to his chosen people were simply “superseded” by the Christian church has become one of the fringe rather than the mainstream. Nevertheless, I end where I began: I remain simply perplexed at how major Christian church institutions can so easily come up with positions and policy statements that treat the modern state of Israel as at best an afterthought and at worst an irritant they would like to see removed from the landscape.