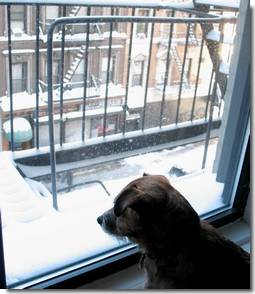 There is another kind of distortion of memory, typical of humans, whereby we attach greater weight to recent perceptions, and discount knowledge of the past. So it is that we might experience a few hot summers and think: “It’s never been this bad —the world must be about to boil over.” Likewise we might imagine there have never been so many hurricanes as there have been in recent years, without checking the actual stats. Some will argue that Boris Johnson is overreacting to a few recent cold winters in the same way.

People will go round and round and argue about these perceptions, like dogs chasing their tails. Even if you try to nail down numbers and facts, there are scientific lobbies on both sides of the issue that will give you any and all the numbers you like, to suit your point of view. I do tend to sympathize with those who theorize that the sun has far more influence on the world’s climate than our own activities, but what do I know? The sun could disappear and perhaps we could still keep ourselves warm by frivolously using the car to do errands and neglecting to recycle.

Reading Boris Johnson’s descriptions of the snow on his flowerpot, the drifts burying his barbecue, and the icicles on the traffic lights in London, and comparing it to the memories of Dylan Thomas, I am struck by this one idea: Maybe the weather, after all, is there for us to enjoy it. What could be more boring than a cycle of seasons, year after year, that were exactly the same? In reality, sometimes there are mild winters. Sometimes they are brutally cold. Sometimes there are cool or wet summers. Sometimes they are blazingly hot and dry. It used to be (in my idealized childhood memory) that extreme weather was something to marvel at and to exclaim about. These days, it has become instead the stuff of political debate and conflict.

For all of the hot air expounded about the climate, have we changed it or are we truly likely to alter it to our preference in any way? Think about it. Perhaps instead we should try to regain our innocent joy in the impenetrable mysteries of weather, both good and bad alike. That, at least, is my modest proposal, submitted meekly in this space, in the sure knowledge that it will be safely ignored.

“And the cold postman, with a rose on his button-nose, tingled down the tea-tray-slithered run of the chilly glinting hill. He went in his ice-bound boots like a man on fishmonger’s slabs. He wagged his bag like a frozen camel’s hump, dizzily turned the corner on one foot, and, by God, he was gone.”