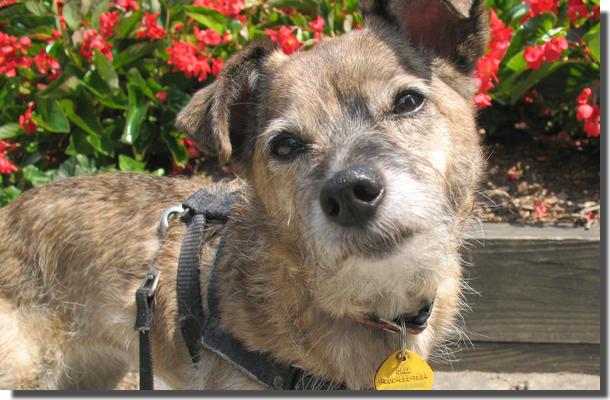 Yours truly is not a particularly friendly guy, as his friends would readily attest. My dog, a fourteen pound mutt named Billie, is quite different: a friend to anyone who makes eye contact with her. She is also quite different in the level of concern she’s capable of showing to unknown passersby. Life in the big city involves walking past countless individuals in states of relative disrepair; these include the addicted, the mentally ill, the disabled, the genuinely homeless and those who (for whatever reason) find setting themselves up in a busy location with the right begging schtick to be a worthwhile occupation. Billie will greet anyone who greets her, and has taken time for some I’d certainly rather walk right by.

However, the truly remarkable thing is that her capacity for concern can go beyond those who actually greet her. A prime example would be an incident that occurred a couple of years ago. Billie and I were walking down a quiet block, me oblivious to the world as is typical, her doing her usual sniffing and exploring, when she suddenly began barking loudly at something. I followed where she was looking and saw the subject: a man, perhaps in his 70s, gaunt, standing with one hand leaned upon a building, and holding a bag of groceries in the other. It took me only an instant to understand why Billie was barking at the inoffensive gentleman. He was teetering, apparently needing the support of that wall, and hesitating to move forward. Billie has long noticed people who seem to be on the verge of falling down. When she was very young, she would—like many dogs—bark at anyone on crutches or the like, but that was almost certainly just alarm at something that looked strange, rather than concern for the person’s well-being. In later years, however, I saw her react a number of times to my beloved and elderly aunt, when she would totter into the room (in genuine danger of falling) by running up to her and barking. Billie somehow instinctively understands the physics of walking—for humans!—and perceives when someone is in danger of dropping to the floor.

The man holding the wall was looking with a little smile at Billie as she barked, but not looking at me. I shushed her as best I could, and, still walking, did some speedy internal calculus on the subject of what—if anything—I should do. Should I offer help to the man, or would it embarrass him? He had apparently made it to the supermarket on his own; wouldn’t he also make it home? And somewhere in there was certainly an ignoble voice saying, “Do you really have time for this?” I had a couple of seconds to weigh these matters as we were walking past him and then we were past him, the decision made not to intervene.

We walked on, and Billie went back to her sniffing. Then I began second guessing my decision not to offer help. I turned to see how the man was doing. He had made it to the corner. And sure enough, as he was stepping off the curb, down he went, groceries and all. Billie had been right: I had been wrong.

We jogged over to him. There was no one else around. Thank God, he was not badly hurt; he had scraped his hands breaking his fall, but, crucially, he had not hit his head on anything. After a few minutes I was able to help him up and assisted him to his apartment nearby. He was embarrassed and talked about a medical procedure he’d just had that had made him wobbly. (He wasn’t drunk.) 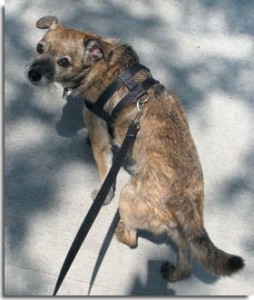 So my little dog had made both a superior practical and a superior ethical judgment as compared to her dumb and heartless owner. She could tell that this man wouldn’t be able to stay on his feet, and she thought something should be done about it. Although I failed miserably to step up to the plate, she had done the man a service nonetheless, as eventually I had looked back and seen him fall, and was able to help him after the fact, rather than him having to languish there for however long till someone else came by.

Billie never considers whether she has “time” to express concern or not; neither does she consider whether anyone will be embarrassed by her concern, least of all herself.

I don’t think I’m a sentimentalist about animals. It’s a dog-eat-dog world out there, and animals in nature don’t customarily exhibit much charity to one another (especially outside their own species). Yet, we can’t deny seeing it sometimes exhibited in this animal that is so closely linked to us through our own species’ history, as a helper and companion: the dog. This small example provided by my little dog Billie seems significant to me because it was not directed towards her owner (on whom she depends for food) but to a complete stranger on the street. Why? Why care? And if this capacity is there in the dog, to be revealed in a moment like this, then it also must mean that it is embedded somewhere in the DNA of creation itself. The impulse to charity is then not something that only human beings can conjure—in between robbing and murdering one another—but may be hardwired, however invisibly, into everything that lives. At least that’s what I choose to conclude. And maybe this is how one day it will rise up and become the rule rather than the exception, and the wolf will indeed lie down with the lamb.

Billie is soon to turn twelve years old, and has been having joint and ligament problems the last year or so. Sometimes I will see her get up from a long period of lying down, and she is limping or hobbling or holding a leg in the air, and it will cause me to make an involuntary cry: “Oh!” I can’t help it; I love this little mutt, and it hurts me to see her hurting. She’ll stop when she hears me cry out and look at me questioningly, and I’ll say, “Slow down, Billie! Take it easy, be careful!” (Then I might ask her to stretch—she has actually learned to stretch on command.)

I realize now that what I’m doing for her is the very same thing she does for any poor person she sees teetering around. “Watch out!” is what she’s saying when she barks. “Don’t hurt yourself!”

I guess the least I can do is return the favor.