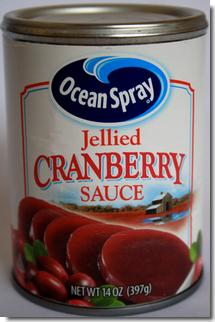 Thanksgiving Day in the U.S.A. has always seemed to me to be very the best holiday, the one where no one is trying to sell you anything at all—except, of-course, for dead, decapitated birds. But even there no hard sell is employed: they’re just laid out in front of you to take your pick. Frozen, fresh, hormone-free, hormone-pumped, antibiotic-free, crack-addicted, gluten-free, glutton-ready; but the big fat carcasses really just sell themselves.

What are the songs of Thanksgiving? Strangely, there are no popular songs which have taken hold. Rewinding through the fraying cassette tape of my brain, I came up with a Loudon Wainright song from the late eighties, simply titled “Thanksgiving.” (There’s a live performance on YouTube at this link.) Now Loudon can often be a laugh-riot, and sharp too, but this is one of his highly mawkish numbers, dwelling on the sadness of meeting the same family members every year and having the same old conflicts, and just getting older, and in essence being unhappy about everything.

And no doubt some people look at Thanksgiving this way, as a chore, the one time in the year to sit across the table from people you’d much rather avoid. If that’s one’s sad lot, I’d advise you to please, for Pete’s sake, avoid it. Lincoln’s Thanksgiving Proclamation said nothing about a day of masochism or misery. There was enough strife anyway in the ongoing civil war. He merely invited his “fellow citizens in every part of the United States, and also those who are at sea and those who are sojourning in foreign lands, to set apart and observe the last Thursday of November next, as a day of Thanksgiving and Praise to our beneficent Father who dwelleth in the Heavens.” One can do that in so many ways. How does the proverb go? “Better is a dry morsel with quiet than a house full of feasting with strife.” (ESV)

The popular songs of Thanksgiving being non-existent, the real songs of Thanksgiving are hymns of thanksgiving, which you may hear in church, if your church has good taste in hymns (very far from a given, and something in itself to give thanks for if it is true). One I’ve heard in my church is “For the Fruit of All Creation.” The lyric is by Fred Pratt Green (1903-2000), an English Methodist and prolific hymn writer.

You can’t get more to-the-point than that.

The tune most often used is “Ar Hyd y Nos,” which means “All Through The Night.” It’s a beautiful Welsh folksong, essentially a lullaby.

The final lines of Green’s hymn are exceptional:

For the wonders that astound us,
For the truths that still confound us,
Most of all that love has found us,
Thanks be to God.

Thanking God for being astounded, confounded, and found … that really seems to cover it all.

It is sung below by some Lutherans in Brooklyn.

Have a happy Thanksgiving.