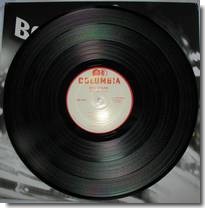 At the outset, I should say that I am no extreme hi-fi buff, in my own estimation; perhaps not even a moderate hi-fi buff. It’s well that I remember being a teenager and how intensely I enjoyed music, some of which I still listen to today, on some of the worst equipment imaginable: a monophonic compact cassette player that would eat up my precious tapes; an old portable mono phonograph with a buzzing speaker and a tendency of the arm to skip right down a perfect brand new album. Ah, my poor deprived childhood! It was a hellish effort just END_OF_DOCUMENT_TOKEN_TO_BE_REPLACED 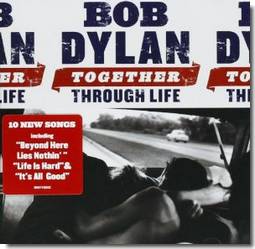 the album just released by Bob Dylan, has entered both the U.S. and U.K. charts at the number one position, and is at or near the top of the charts in numerous other countries across the world. Dylan appears to be doing something very right, in commercial terms, at the ripe old age of 68, but I question whether even he has any firm idea of what that might be. One thing for which he doesn’t get much credit, but which I think has paid off for him in the end, is his consistency. The curious thing is that his kind of consistency has often been portrayed instead as a mysterious and chameleon-like series of transformations, perhaps largely because of a failure by commentators to grasp the nature of the steadiness at the core of his work. Average listeners may well appreciate it better than the storied rock critics who have filled shelves with books on his songs and his various phases and incarnations.

I think that his consistency extends to his tastefulness (in musical terms), his instinct for spontaneous and dynamic creativity in the studio, and his particular way of looking at the world in his songs. Although all of these qualities are apparent on the new album, it is the latter one that is perhaps the easiest to contemplate in print. END_OF_DOCUMENT_TOKEN_TO_BE_REPLACED