I think that “Amen” is as harrowing a song as he’s ever written. To my ears at any rate it is a deep moan to God, without sentimentality, laying out the worst of this world, begging maybe just to be able to believe it will be put right. Can God really want us, actually love us, after all of it? It’s a prayer for the evidence. END_OF_DOCUMENT_TOKEN_TO_BE_REPLACED 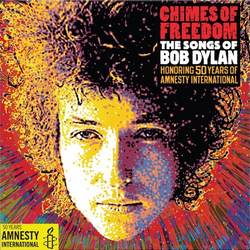 I knew something along these lines was coming out, but when I saw the scope of it and the track list, my first reaction was: Isn’t this kind of excessive? Four CDs worth? Some of it will be good, no doubt, but some of it will be pretty painful too. Well, I guess it’s too late to stop them now. Might as well face it: we live in an age of huge excess. Something like this wouldn’t even have been dreamed of in the ’60s or ’70s, because it would have required something like 8 or 10 LPs. Now it’s just some space on an iPod, for most listeners. Ten tracks; eighty tracks; two hundred tracks: what difference does it make? People will just listen to the ones they care to hear anyway. END_OF_DOCUMENT_TOKEN_TO_BE_REPLACED

The 80-voice Melbourne Mass Gospel Choir will perform many of the gospel-era songs of Bob Dylan in concerts scheduled for this weekend, in Carlton (a suburb of Melbourne), Australia. Full story in the Melbourne Leader.

The leader of the choir is quoted as saying, among other things, that “They are powerful social critiques and the lyrics are now 30 years old but are as contemporary as anything you could imagine.” I usually cringe when hearing people talk about Dylan as a writer of “social critiques” and such-like, but when applied to his gospel-era songs, it strangely makes more a lot more sense than usual. I think it could definitely be argued that they are his protestiest songs ever. 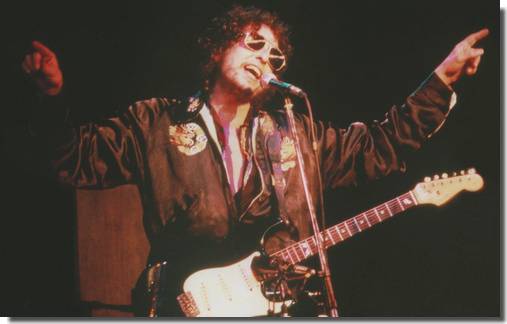 The writer Ron Rosenbaum—who is working on his own biography of Bob Dylan—was interviewed by JWeekly.com. He had recently given a lecture at Stanford University called “Bob Dylan’s God Problem—and Ours.” He’s asked in the article whether he thinks Bob Dylan is an observant Jew or not.

“It’s a difficult question to answer,” Rosenbaum said. “If you read the Internet, there are all sorts of sightings of Dylan at Chabad-Lubavitcher services. Does that mean he’s become one of them? I don’t know. Does that mean any of [the sightings] are verifiable? There are enough of them to make you think there’s something to it. But who knows? He could be exploring, experimenting, whatever. He’s certainly no longer the scolding Christian that he was for a few years.”

Dylan’s departure from Christianity “was sort of gradual,” he said. “It’s not like he formally abjured it. It just seemed to slip into the past.” In fact, Rosenbaum sees a profoundly Jewish thread woven throughout Dylan’s life, including the ’60s years.

It’s kind of amazing, when you think about it, that it even needs to be said that there is a “profoundly Jewish thread woven throughout Dylan’s life.” Isn’t that pretty hard to miss? But then the Jewish experience in America includes the phenomenon of those who try to run away from their Jewishness, in a variety of senses, and Dylan has given some reason to believe that he might be doing this at different times. This article also includes a quote from an interview Dylan gave to Rosenbaum in 1977, where he said, “I’ve never felt Jewish. I don’t really consider myself Jewish or non-Jewish.” That sounds like a flat-out rejection, but I would suggest that (aside from Dylan’s knee-jerk hatred of labels) it was more an expression of frustration at that particular time with his failure up to that date to find answers in Judaism as he then knew it, based on his upbringing and life experiences. The whole subject of faith in Dylan’s life was to undergo an earthquake not long thereafter, and comments from him that touch on his Jewishness post-1979 are quite different. END_OF_DOCUMENT_TOKEN_TO_BE_REPLACED

Bob Dylan played yesterday, April 10th, in Ho Chi Minh City (formerly Saigon), Vietnam. He delivered a set list that was in keeping with the kinds of shows he’s been doing the last couple of years. Reportedly, the venue was “half-empty” (or, as one may prefer to think, half-full) but this didn’t prevent Bob from delivering a relatively rare second encore, with the song Forever Young. This is the full list of songs he played: END_OF_DOCUMENT_TOKEN_TO_BE_REPLACED