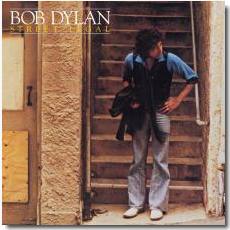 Well, he’s always been aware that everybody must get stoned.

A group of Croat immigrants living in France have apparently gotten a court in Paris to accept a case against Bob Dylan, under France’s hate speech laws, in order to prosecute him for inciting racism against, naturally, Croatian people. You may not have been aware of Bob Dylan’s long-standing animus against the Croats, but it seems the Croats are very much aware of it. Dylan’s music was reportedly banned from Croatian radio station “Split” after an interview he did with Rolling Stone magazine last year which included the following quote:

Some Croats were apparently extremely upset at being associated, by implication, with KKK members and Nazis.

It’s really kind of fascinating. And it’s also a matter of interest that non-French citizens can be tried in France for “hate speech” that occurred somewhere else. There’s kind of a lot of hate in the world, isn’t there? It would seem to me that the French courts ought be overflowing with such prosecutions, and they would need to reopen the Bastille, and build a few more, to house all the convicted offenders. END_OF_DOCUMENT_TOKEN_TO_BE_REPLACED