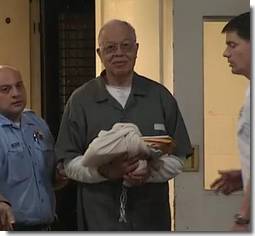 It’s a story so horrific, so full of nauseating details, that the natural inclination is to turn one’s head away, and read the lighter news. And one of the reasons he got away with murder for so long was the inclination of so many to turn away, even the authorities with the responsibility for inspecting the clinic/abattoir in which he operated. Of-course there was politics involved in that too. His conviction is not a neat ending, but it may at least be hoped that it will strike terror into the hearts of other “doctors” behaving similarly, and that it will give inspiration and courage to whistle-blowers. There can be no joy in merely seeing this man’s punishment, knowing that he operated like this for so many years in what we like to think of as our civilized, enlightened society. He believed there was nothing wrong with snipping the necks of living babies. After all, the mothers had come to him for abortions, and a living baby would be an unsatisfactory and unprofitable result. Not only was there no one to correct him in this perception, but those who worked with him, far from objecting, simply followed his lead. They didn’t exist in some kind of vacuum in that clinic in Philadelphia. They left each day, went home, watched TV, read the papers, socialized, came back the next day and did it again. These were not the crimes of just one sick doctor, but the concrete results of a sickness in our society. And we are far from seeing the final results of that sickness. END_OF_DOCUMENT_TOKEN_TO_BE_REPLACED

I wonder if I’m the only one—though I bet I’m not—who found in the timing of this particular obscene crime a gruesome echo of crimes being detailed in a trial currently taking place in Philadelphia. There, a man named Kermit Gosnell is charged with the murder of a 41-year old woman and seven infants. The trial is not getting a whole lot of publicity. The defendant is not as interesting as, say, Amanda Knox; the killings were not committed with an AR-15 rifle; and the actual events took place some years ago now. Kermit Gosnell is a doctor, who ran an abortion clinic in the city of Philadelphia where, by all accounts, most of the desperate women who came to see him were treated worse than animals, and where late-term babies were routinely induced to premature birth, so that shortly after they saw their first light and took their first breaths their spines could be severed by shears. I guess it was the easiest way of doing business. The clinic was uninspected for about 17 years, enabling the abbatoir-like conditions to flourish. Though, of-course, it is more than just a lack of official inspections that allows something like this to go on, in our great and so-civilized society. END_OF_DOCUMENT_TOKEN_TO_BE_REPLACED

In the case centered around atrocities which took place for many years in the abortion clinic of Dr. Kermit Gosnell in Philadelphia, two of his former employees today pleaded guilty to murder. One woman, Adrienne Moton, pleaded guilty to third-degree murder for picking up an infant that had been born alive and snipping the baby’s neck and spine with a scissors. The other woman, Sherry West, pleaded guilty to third-degree murder for administering a fatal overdose of anesthesia and painkiller medication to a woman who had come to the clinic for “treatment.” The infant who was killed was not named; the name of the adult victim was Karnamaya Mongar, who had arrived in the United States from Nepal only four months earlier. END_OF_DOCUMENT_TOKEN_TO_BE_REPLACED

Earlier this year, the news was of Dr. Kermit Gosnell, and his abortion house of horrors in Philadelphia, where deaths occurred not only of many infants who were fully delivered only to be killed, but also women who had gone there to receive his “family planning” services. Gross abuses went on there for over 15 years, with a blind eye effectively turned towards them by local Philadelphia authorities with a responsibility for oversight. END_OF_DOCUMENT_TOKEN_TO_BE_REPLACED

It’s a case where the original document should be read by as many people as possible – the story of how Dr. Kermit Gosnell was enabled to operate an abattoir for human beings, for decades, in the city of Philadelphia, in the state of Pennsylvania, in the United States of America.

You can download the report in PDF via the arrow in the right-hand corner, or expand the window via the box immediately to the left of that and read it via your browser.

It’s been interesting, but also stomach-churning, to see the news gradually emerge on how an abortion doctor in Philadelphia was able to get away with murder for over 16 years.

Dr. Kermit Gosnell has recently been formally charged with murder, based on the death of a Bhutanese woman in 2009 and the deaths of seven documented “infants without identities” in his Philadelphia abortion clinic. As put somewhat apologetically by District Attorney Seth Williams:

I am aware that abortion is a hot-button topic. But as district attorney, my job is to carry out the law. A doctor who knowingly and systematically mistreats female patients, to the point that one of them dies in his so-called care, commits murder under the law. A doctor who cuts into the necks severing the spinal cords of living, breathing babies, who would survive with proper medical attention, is committing murder under the law.

How reassuring to have a district attorney on the job who understands that he’s obliged to actually prosecute cases of murder, hot-button issue or no. The people of Philadelphia can certainly sleep easy in this knowledge. END_OF_DOCUMENT_TOKEN_TO_BE_REPLACED