In politics, all things are just a matter of time, a matter of the right moment. In a piece in the New York Times today, Anand Giridharadas announces the discovery that Sarah Palin is not any kind of conventional Republican, and that she has some big ideas that threaten the political class on both sides of the partisan divide. Quoting liberally from Palin’s recent speech in Iowa, the writer asks: “Is there a hint of a political breakthrough hiding in there?” END_OF_DOCUMENT_TOKEN_TO_BE_REPLACED 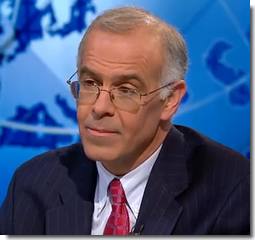 In a recent New York Times op-ed titled “Death and Budgets,” columnist David Brooks points to the example of a writer named Dudley Clendinen to illustrate what Brooks apparently feels is the correct way to face death, especially from that which we call terminal illness. Dudley Clendinen is sixty-six years-old, and has a diagnosis of A.L.S. (Lou Gehrig’s disease). He wrote a piece himself for the Times called “The Good Short Life” in which he explains his decision to forgo a variety of treatments that could keep him alive for some additional years, albeit in a progressively more disabled state. Essentially he says that he is plumping to let the disease take its course, and he thinks it likely that he will die from aspirational pneumonia some time in the next several months (although he is not opposed to giving himself a shove into death by some other means if he deems it necessary).

David Brooks moves quickly to presenting Clendinen’s story as a valuable “backdrop to the current budget mess.” Health care costs being such a big part of it, he argues, wouldn’t it be great if everyone had the same attitude to death as Dudley Clendinen? Our society would save so much money by not having to provide great quantities of medical care to the elderly and terminally ill, when all it does is provide them with a few more years of living—and diminished living at that. His argument is really just that simple. END_OF_DOCUMENT_TOKEN_TO_BE_REPLACED

Obviously the government censors everywhere have realized that Bob Dylan is an easy touch. We’ve been told by so many media outlets, from the New York Times on down, that the Chinese government ordered Dylan not to sing The Times They Are A-Changin’, Blowin’ in the Wind and other nameless “protest songs,” and that he just rolled over and complied. Since then, he has played Hong Kong (where the Ministry of Culture of mainland China does not hold sway), Singapore, and now Fremantle, Australia, and none of those songs have been performed at any of the gigs. He has continued a pattern of opening with Gonna Change My Way of Thinking, closing with Forever Young, and offering a varying mix of tunes from throughout his career in between. END_OF_DOCUMENT_TOKEN_TO_BE_REPLACED

In a strange way, it feels almost like a victory, albeit an exceptionally perverse one. After all the writing Yours Truly has done — over the course of a sad, wasted youth — lambasting the dang “liberal media” for their persistent misportrayal of Bob Dylan as a left wing protest singer type, now we have this. In that great iconic Mother of All Liberal Media Outlets that is the New York Times, the poisonous princess of the Op-Ed page herself, Maureen Dowd, rips Bob Dylan in 2011 as a sellout (Blowin’ in the Idiot Wind). Further, she attaches herself to the notion that Bob Dylan never really was that lefty utopian true-believer he’s so often been sketched as being, but merely an opportunist who saw the folk scene of the early 1960s as providing his quickest entré to fame and fortune. END_OF_DOCUMENT_TOKEN_TO_BE_REPLACED