Yesterday, Sunday, November 11th in New York City, the annual Veterans Day Parade (known as the largest in the nation) engulfed Fifth Avenue between 26th and 56th streets. For the first time in the history of this parade, what are officially known as “Military Working Dogs” (MWDs) were honored. A group of canines and their handlers, actual veterans of recent conflicts in Iraq and Afghanistan, marched up Fifth Avenue accompanied by signage and a decorated float. Photos (taken by yours truly) are below. Click on each for larger versions. May God bless each and every one of our veterans. 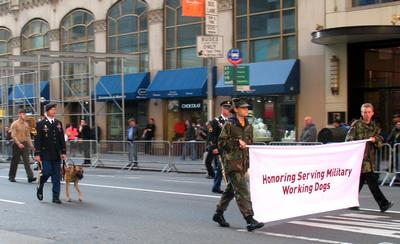 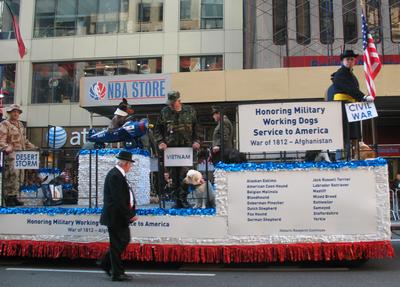 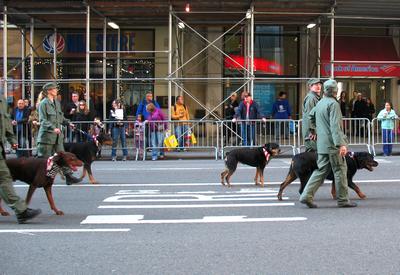 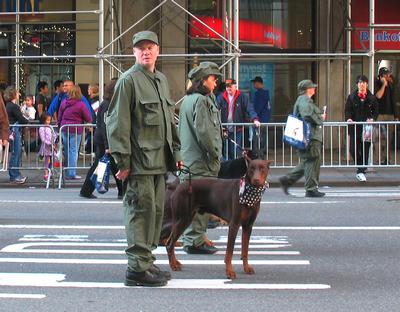 From the War of 1812 to the current war in Afghanistan, dogs have served alongside American troops. Although we usually think of German Shepherds and Dobermans, a vast range of breeds have served, including American Coon Hounds, Jack Russell Terriers, Mastiffs and mixed breeds. END_OF_DOCUMENT_TOKEN_TO_BE_REPLACED

It’s an irony wrapped up in … an even bigger irony. A block of liberal political parties in Egypt issued a “strongly worded statement” on Saturday telling the U.S. to stop putting pressure on Egypt’s military to hand over power to the Muslim Brotherhood’s presidential candidate Mohammed Morsi (who is widely believed to have won a majority of the vote). Implicitly, they would prefer that the old-guard Mubarak-era candidate, Ahmed Shafiq, take control. END_OF_DOCUMENT_TOKEN_TO_BE_REPLACED