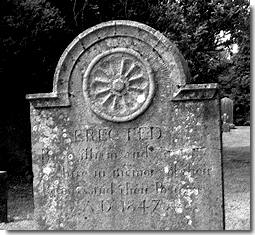 Death was the chief topic at church this morning. It is a sturdy old standby. Death, ironically enough, never seems to get old. Just when you might think it’s become old hat — that you’ve been there, done that and moved on — death has this way of reasserting itself in one’s life in some novel and unexpected way. Endlessly resourceful, death may sometimes take a holiday but, just like taxes, will always return demanding to be paid. And even if you purchase an island and declare personal sovereignty, you turn out still to be within the dominion claimed by death. You may argue and protest, of-course, but while the case is tied up in the courts death will simply take everything you own and move on. (Exactly like taxes, then.)

Someone who is well aware at the moment of the truth of all the above is Miley Cyrus. A few days ago her dog Floyd died suddenly. I intend no mockery here: as a lover of dogs, I have no doubt as to the genuineness of the grief felt by a dog owner when one dies. There can even be an added nakedness and rawness to the emotion. The mechanisms and rituals we human beings have for finding consolation and closure after the death of a fellow human being aren’t there in the same way when a pet dies. And no matter how senior, a dog’s life always seems to have been too short, because their lifespans are so short compared to ours. END_OF_DOCUMENT_TOKEN_TO_BE_REPLACED 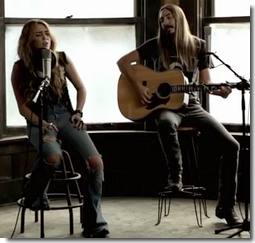 The singer is comparing his own history of bad relationships to the two French poets, Paul Verlaine and Arthur Rimbaud, who had a homosexual affair which ended, more or less, when Verlaine shot Rimbaud (Rimbaud was not badly injured, but Verlaine was sentenced to two years in prison for the act). A lot of singers have probably figured that (1) nobody will know who Verlaine and Rimbaud are and (2) it’s probably better to keep it that way. END_OF_DOCUMENT_TOKEN_TO_BE_REPLACED

, won’t be officially released until January 24th, but it has in effect hit the streets already. I haven’t gone out of my way personally to listen to much of it (all in due time) but I have heard two tracks: the artist known as Ke$ha singing “Don’t Think Twice, It’s Alright,” and the artist formerly known as Hannah Montana (i.e. Miley Cyrus) singing “You’re Gonna Make Lonesome When You Go.”

I can’t say that I’m very familiar with the body of musical work produced to date by these ladies, so in a way that’s good: I hear these performances strictly on their merits. They’re both interesting in their way. END_OF_DOCUMENT_TOKEN_TO_BE_REPLACED