I think that “Amen” is as harrowing a song as he’s ever written. To my ears at any rate it is a deep moan to God, without sentimentality, laying out the worst of this world, begging maybe just to be able to believe it will be put right. Can God really want us, actually love us, after all of it? It’s a prayer for the evidence. END_OF_DOCUMENT_TOKEN_TO_BE_REPLACED

I don’t think these YouTube clips of Bob Dylan playing live last very long before they get taken down these days, but the one below not only gives a little flavor of Bob on piano during his current tour but also seems to offer evidence that he is cultivating a goatee. An alteration in facial hair is always very significant in the Bob Dylan universe, and so I highlight this in the interest of both art and science.

The big news from the first few dates of Bob Dylan’s current concert tour in Europe is that his main instrument of choice is now a grand piano. No candelabra like the great Liberace, but he is keeping the Oscar he won for “Things Have Changed”—or a facsimile—perched atop, draped with beads of some kind. (There are currently a variety of fan video clips on YouTube, like the one embedded at right with a great version of “A Hard Rain’s A-Gonna Fall” from his show in Bonn, Germany). END_OF_DOCUMENT_TOKEN_TO_BE_REPLACED

During Bob Dylan’s current tour of Europe (which finishes up on the 21st in London) Mark Knopfler has been the opening act, along with his band. Knopfler has also made a habit of sitting in on guitar during Bob Dylan’s set for the first three or four numbers. It being a Bob Dylan set, those numbers vary significantly from gig to gig. So, for people attending or those collecting the recordings, it’s really quite a neat treat: you get to hear a broad range of Dylan songs with that distinctive Mark Knopfler guitar texture added in. It’s different. Knopfler and Dylan go way back, of-course, to 1979’s Slow Train Coming, which featured Mark on guitar, and 1983’s Infidels, which was also co-produced by him and could well be said to sound like a quasi-Dire-Straits album. Mark Knopfler’s own style of singing has I think rightly been described as Dylanesque, but on Infidels it almost sounds like Dylan is imitating Mark imitating him, if you know what I mean. (And it works, too.)

Anyhow, the clip from YouTube embedded below is of Bob Dylan performing his sweet old song “To Ramona,” in Stockholm, with Mark Knopfler noodling along nicely. And indeed, it is a nice thing that they’ve had the chance to work together again like this.

Just thought I would mention it while it’s on my mind: I do think that “Forgetful Heart” (from Together Through Life

) is one of the great latter-day Bob Dylan songs. And the live version of “Forgetful Heart” which Bob Dylan has been performing on recent tours, with Donnie Herron playing viola and Dylan singing center-stage, is one of the most beautiful, deeply resonant and spine-tingling things to ever occur during a Bob Dylan show, in this decade or any other. END_OF_DOCUMENT_TOKEN_TO_BE_REPLACED

Bob Dylan’s newest concert tour kicked off yesterday in the Emerald Isle. The set list from his show in County Cork isn’t a violent departure from recent tours, but features one song that is not heard all that often: “I Dreamed I Saw St. Augustine,” from the album John Wesley Harding

. Curiously enough, the last time he played it was apparently in Dublin, Ireland, in 2005 (according to His Bobness Info).

There are no live versions by Bob extant on YouTube, but I did just listen to this cover version by a duo calling themselves “Two Travellers at Midnight” that I think is rather nice indeed. Nothing radical, but they’re feeling it.

I dreamed I saw St. Augustine
Alive as you or me
Tearing through these quarters
In the utmost misery
With a blanket underneath his arm
And a coat of solid gold
Searching for the very souls
Whom already have been sold

Addendum: I neglected to note that because there was no “Blowin’ in the Wind” or “Times They Are-A-Changin'” in the set list, it must be presumed that the Irish government, like the Chinese, censored Dylan in order to prevent his fierce protest songs from igniting the fury of the masses. And again, Dylan has capitulated! What can you say? He just hasn’t been the same since ’64. 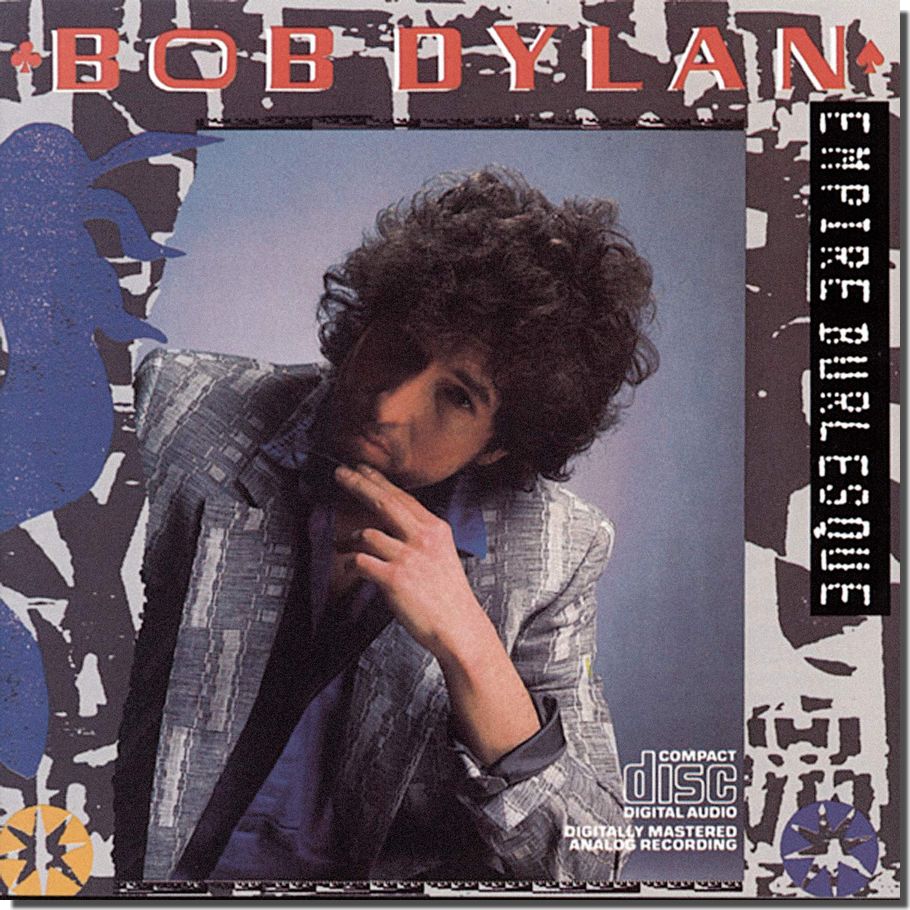 Bob Dylan played yesterday, April 10th, in Ho Chi Minh City (formerly Saigon), Vietnam. He delivered a set list that was in keeping with the kinds of shows he’s been doing the last couple of years. Reportedly, the venue was “half-empty” (or, as one may prefer to think, half-full) but this didn’t prevent Bob from delivering a relatively rare second encore, with the song Forever Young. This is the full list of songs he played: END_OF_DOCUMENT_TOKEN_TO_BE_REPLACED