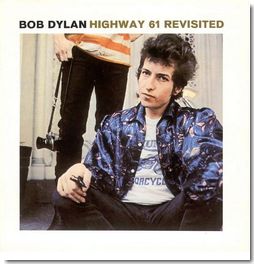 What’s this about? A “new video” for Bob Dylan’s 1965 masterpiece “Like a Rolling Stone” is to debut on BobDylan.com tomorrow (Tuesday, 11/19/13). The Associated Press reports:

The video will allow viewers to switch between 16 different story lines that mimic television channels. The actors and hosts on each of these channels lip-sync the lyrics to the song and viewers can move from one to another during the song seamlessly. There is a Dylan channel as well that features vintage footage.

It is part of the promotion for the new Complete Album Collection Volume 1. END_OF_DOCUMENT_TOKEN_TO_BE_REPLACED