Yesterday, four American diplomats were murdered in Benghazi, Libya, and the consulate destroyed. The U.S. embassy in Cairo was attacked and breached by a mob, and its flag set on fire. Although the murders seem to have been pre-planned to a significant degree, both outbursts of violence are said to have been sparked by the circulation of a clip on the internet of some amateur film made by Americans which casts Mohammed and Islam in a negative light. The violent Islamic mobs were trying to correct any mistaken, negative ideas about Islam.

The messages from the U.S. government have to one degree or another “deplored” or “condemned” the denigration of anyone’s religion (i.e. the YouTube clip) while saying there’s no justification for violence over it. In the middle of a political campaign, the opposition has made hay by painting the current administration as weak. And maybe the Obama administration is weak. However, it should be recalled that similar responses took place during the previous administration to outbursts in the Muslim world like this, and there is reason to wonder whether President Romney’s words in the future would be as tough as Candidate Romney’s words now. An excuse always offered for tiptoeing around the sensibilities of rampaging mobs in the Muslim world is that it would “put our troops in danger” to offend the enraged fanatics any further.

I don’t know how well this has worked to date. In any case, U.S. troops are no longer in Iraq. In Afghanistan, even as things stand, the greatest threat to American personnel appears to be uniformed members of the official Afghan army, who have been outfitted and trained by us.

There seems to be a problem with the “messaging” from the American side. When the U.S. president and secretary-of-state take pains to say in a situation like this that Islam should not be denigrated, they are leaving the impression that they might actually do something to stop it, or that they would like to. The First Amendment, we should hope, would constrain them. However, they are reinforcing the idea, already highly-prevalent in the Muslim world, that one day no one will be permitted to speak ill of Mohammed or Islam. There are even persistent efforts at the U.N. to pass what amount to “anti-blasphemy” resolutions.

“We have freedom of speech in America, which absolutely includes the right to criticize religious beliefs. That is not ever going to change. Those who criticize others’ beliefs may be criticized in return, but they may not be physically assaulted because of their opinions. Anyone attacking American citizens, anywhere in the world, will be dealt with extremely harshly.” END_OF_DOCUMENT_TOKEN_TO_BE_REPLACED

Back in June of this year, President Barack Obama said of the war in Libya that “there’s no risks of additional escalation.” I responded in this space: END_OF_DOCUMENT_TOKEN_TO_BE_REPLACED

At his press conference the other day, President Barack Obama said of the war in Libya that “there’s no risks of additional escalation. This operation is limited in time and in scope.” That is, the kinetic military action begun over three months ago that was originally supposed to last “days, not weeks.” END_OF_DOCUMENT_TOKEN_TO_BE_REPLACED 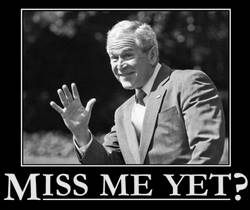 The madness continues in Libya, and regarding Libya. It’s no kind of war at all, says President Obama. The American military activity he has authorized in Libya doesn’t come under the purview of the War Powers Resolution, and therefore doesn’t require the approval of the U.S. Congress, because …

U.S. operations do not involve sustained fighting or active exchanges of fire with hostile forces, nor do they involve the presence of U.S. ground troops, U.S. casualties or a serious threat thereof.

See: U.S. forces might have bombed and shot at Libyans quite a bit early on, and may potentially do so again if circumstances demand it, but Col. Gaddafi and his forces understand that it’s just not appropriate to shoot back, and actually injuring or killing any Americans engaged in this operation against them would be a completely unacceptable faux pas. Therefore, no war. END_OF_DOCUMENT_TOKEN_TO_BE_REPLACED

File it under, “What a way to run a war.” A file that should be bursting at the seams after the last several weeks of outright lunacy.

From the BBC: Nato appeals for more fighter aircraft.

Mr Rasmussen said he had received no “specific pledges or promises from this meeting” in Berlin, but he remained hopeful.

He said Nato would continue “day by day, strike by strike” to target forces loyal to Col Muammar Gaddafi.

Britain and France have been trying to persuade other Nato members to do more.

He added: “I am confident that nations will step up to the plate.”

Some assessments suggest that Nato only needs about a dozen or so extra strike aircraft to maintain the tempo of operations.

It’s about maintaining the tempo of operations. No one even mentions any kind of concept vaguely related to victory. War, for this crop of leaders, has truly been reduced to a game, albeit one in which they want their fellow contestants to participate more than they do. Insert quantity of planes in slot A, to get desired result from vending slot B. Except that no one can even say what the desired result is! And of-course, you don’t actually call it a war. It’s nothing so dramatic and violent as all that. It’s merely a perfectly reasonable activity where everything is under control and proceeding in an orderly fashion.

To say that hubris is running amok here would be a significant understatement.

In Western Ethiopia, about fifty churches and dozens of houses belonging to Christians have been burned by Buddhist activists Muslim mobs, displacing thousands of people.

“The violence against Christians in Ethiopia is alarming because Ethiopian Muslims and Christians used to live together peacefully. Besides, it’s extremely disconcerting that in Ethiopia, where Christians are the majority, they are also the victims of persecution,” Jonathan Racho, ICC’s Regional Manager of Africa and South Asia, told FoxNews.com.

This is just the latest in a never-ending and bitter litany of attacks on Christians by militant Muslims in so many different areas of what’s sometimes called the “developing world.” Interesting developments indeed. END_OF_DOCUMENT_TOKEN_TO_BE_REPLACED 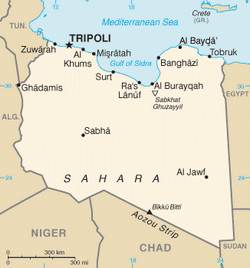 Rewinding a few weeks, President Obama had a decision to make in response to the attempted revolution in Libya. He could have said, “We watch events with concern. We will use all the diplomatic and economic means at our disposal to influence the situation, but (let me be clear!) this is not a case where U.S. military power will be used.” There’s a strong argument to be made that that would have been the correct approach. After all, U.S. forces are fighting in Afghanistan, are still in harm’s way in Iraq, and have been in action against al-Qaeda types with varying degrees of secrecy in other locales, including East Africa and Yemen. North Korea continues to represent a potential war that might explode at any minute; and then there are all the humanitarian missions the U.S. military is performing, and so on. In other words, there were very good reasons for Defense Secretary Robert Gates to be extremely reluctant to get U.S. forces engaged in Libya at all. END_OF_DOCUMENT_TOKEN_TO_BE_REPLACED