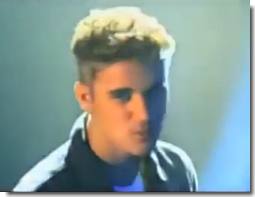 The new Justin Bieber single is titled “Confident.” It’s just over four minutes long. But it’s not; not really. It’s about a minute long and the rest sounds like it’s been copied and pasted. And even in that single minute of original music, there is something less than nothing going on. Bieber isn’t singing so much as just whining and grunting. (For what it’s worth the video—embedded below—is largely an exercise in copy and pasting too.) It’s remarkable that for a pop star at his level that this is the best thing that could be concocted for him at a crucial juncture of his career, or indeed at any juncture at all. 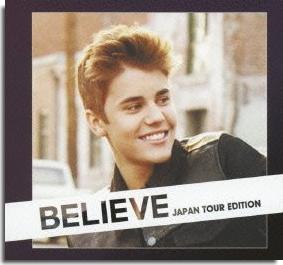 No, I’m not a hater of Justin Bieber. The kind of records he’s been making have never been my bag, but I like pop-music, and if he was putting out good stuff he would deserve applause for it. Right now I feel bad for him. He’s nineteen years old, and has been on the celebrity treadmill for six years; i.e., since he was thirteen years old. At this point he likely doesn’t know up from down. He’s getting into trouble with the law, there’s drugs around, there’s crazy driving, and some people have him on a death watch. He’s at the point in a child star’s career when the child has abruptly become an “adult” and everything’s up for grabs, and there might be nothing left of him in a couple of years, even if he’s still alive. He’s clearly not nearly as smart as his contemporary Miley Cyrus (and even she is not quite as smart as she thinks she is) and he appears to be just careening into chaos right now, with poor guidance from whoever he takes guidance from. END_OF_DOCUMENT_TOKEN_TO_BE_REPLACED 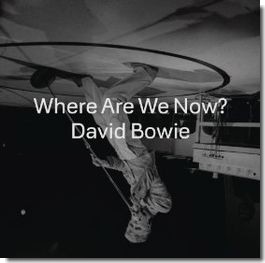 The new David Bowie song, “Where Are We Now?” (embedded via YouTube below) has been generating a frenzy of attention, given it’s his first record in ten years and many thought he’d never put out another one. (He’s 66 years-old, which somehow sounds so old for David Bowie, while, by contrast, I think 71 sounds just right for Bob Dylan.) I like some of Bowie’s stuff over the years, but am not a rabid devotee, so the mere appearance of the new song didn’t knock me off my chair. But I happen to think it is quite good and quite lovely: an impressionistic, bittersweet reflection on aging, evoking sadness at things lost, and a poignant longing to hold on. And maybe some other things. Bowie is nothing if not good at leaving space for the listener to paint his or her own picture, and that’s so even in this case where the things he’s singing about are quite personal and specific to him. END_OF_DOCUMENT_TOKEN_TO_BE_REPLACED

The story of how the principal of PS 90 in Brooklyn, Greta Hawkins, banned the five year-olds from singing “God Bless the USA” by Lee Greenwood at their kindergarten “graduation ceremony” has generated the kind of blowing back and forth that is typical of such incidents, and naturally everyone has a right to an opinion.

According to the NY Post, five classes spent months learning the song. The principal reportedly nixed it so as “not to offend other cultures.” Yet, the nicest thing I read in connection with this whole story—doubtless the only nice thing—is what’s conveyed in this snippet: END_OF_DOCUMENT_TOKEN_TO_BE_REPLACED