(Marking the death of Hurricane Carter, here’s a reprint of this piece from some years back reflecting on Bob Dylan’s songwriting around the time of his 1975 album, Desire.) 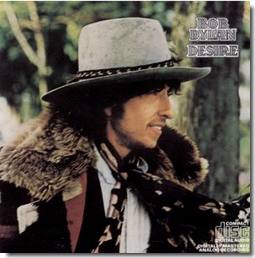 Thanks to Jay for sending me links to two stories from NorthJersey.com (one and two) which ruminate on the case of Hurricane Carter, to coincide with the fortieth anniversary of the shootings in Paterson, New Jersey.

Behind the long wooden counter, bartender James Oliver, 51, lies in his own blood, his spine severed by a blast from a 12-gauge shotgun. Dead.

Fred Nauyoks, 61, shot in the head, shot-gunned in the back, ice still melting in the drink in front of him, slumps onto the bar. Dead.

His friend, William Marins, shot in the head with a .32 caliber handgun, staggers around, blood flowing from his forehead and left eye. He dies in 1973, of unrelated causes.

Hazel Tanis, 51, hit in the left side with shotgun pellets and shot in the right breast, stomach, lower abdomen and genital area, has been rushed to a hospital. She lives, in severe pain in St. Joseph’s Hospital, for another month.

The articles take a fairly detailed and long view of the entire case, and are well worth reading if that interests you.

Relevant to Dylan’s famous song, there is this mention:

The New York Times features Carter in a front-page story in 1974, and singer-songwriter Bob Dylan brings out “Hurricane,” a decidedly one-sided account that includes the verse, “Here comes the story of the Hurricane, the man the authorities came to blame, for somethin’ that he never done. Put in a prison cell, but one time he could-a been, the champion of the world.” It has at least one local side-effect: Patricia Valentine, a key witness, finds her dog dead outside her house. Someone puts a bullet through her front window.

It’s not clear how the direct link can be made between Dylan’s record and those attacks on Patricia Valentine, but there you go. There can be no doubt that “Miss Patty Valentine” felt oppressed at hearing her name pronounced on the airwaves in a very unflattering tone.

Certainly, “Hurricane” is a “one-sided account” of the controversy. And it would be hard to think of a ballad ever written to honor or defend someone that didn’t present a one-sided view. It would be strange indeed to hear a song with verse after verse of arguments presenting both the defense and prosecution cases, and ending with something like, “Now it’s up to you the listener to figure it out.” One would guess that Dylan himself hopes to this day that Rubin Carter was indeed innocent. Clearly he believed it at the time: “Hurricane” cannot be dismissed as merely an exercise in writing a very particular type of song (although I think it is also that); it was an unabashed joining of the battle to have him freed. It would be interesting to ask Dylan how he feels about it now. Of-course, he didn’t sit in the courtroom through all the trials and appeals, so he can’t be expected to deliver a detailed and balanced opinion. But the question would be what made him give himself over entirely to this particular cause (when he had most certainly been entreated in vain for the sake of many others) and does he feel any ambivalence about it all these decades later? He hasn’t performed the song publicly since 1975. END_OF_DOCUMENT_TOKEN_TO_BE_REPLACED