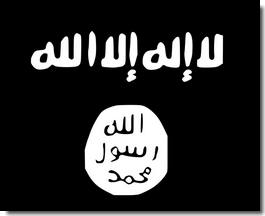 In Nigeria, the jihadist group Boko Haram is reported to have massacred at least 100 people a few days ago while attacking, taking over and largely burning down a town named Damboa. They gunned people down as they fled their firebombed homes. The official death toll is naturally expected to increase. Of-course, they’ve been massacring many thousands—mainly Christians—for a very long time now. What you might call their “vision of Islam” involves eliminating all Western and non-Islamic influences, so schools and students have all along been favored targets. The world briefly paid closer attention when, in April of this year, instead of simply massacring people they chose to kidnap some: more than 200 schoolgirls. Twitter hashtags were brought to bear against the group by those concerned in the world-at-large, but so far the jihadists have only responded with more massacres, destruction and kidnappings. (Perhaps improved WiFi access in the area would better get the message across?) So, aside from token measures, the world wrings its hands. END_OF_DOCUMENT_TOKEN_TO_BE_REPLACED 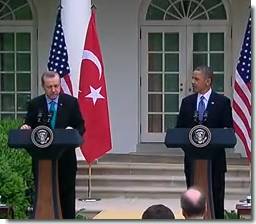 By completely ignoring the question about Israel, and not even using the word “Israel,” what importance would it be fair to say that Erdogan actually places on normalizing relations with Israel? END_OF_DOCUMENT_TOKEN_TO_BE_REPLACED

You would think that even a tourist from Bangladesh would understand that it’s against the law to whip out a can of spray-paint and start coloring things in the NYC subway (despite some people’s nostalgia for how things were in the 70s and 80s) but a journalist living in New York named Mona Eltahawy was arrested for doing so, and persecuted the poor arresting officers with strident demands to know what she was being arrested for. Well, “duh,” as they say. Watch below, if you have the gumption. Her attempt to deface an advertisement with which she did not agree was vigorously opposed by a blogger named Pamela Hall.

There’s so much to say on this subject that it’s hard to know where to begin and where to end.

If the goal of the ads was to cause controversy and provoke debate, they have succeeded to the nth degree.

These ads were designed by Pamela Geller, in response to anti-Israel ads that ran in September of 2011 in the MTA system. Due to legal challenges, Geller’s ads did not run until now (as it happens in the wake of the recent anti-YouTube riots throughout the “Muslim world”).

I strongly support the sentiment behind the ads, but I wouldn’t have written them this way. I think that when the word “savage” is invoked, versus the “civilized man,” the first thought by the average liberal New Yorker would be of Native Americans victimized by white Europeans. Their education, from high school, college and popular culture (right up to James Cameron’s “Avatar”), kicks in very strongly at the concept of “savages.” If there are any savages, they must be noble ones. It is the so-called “civilized man” who is to be suspected, if not loathed outright.

So, if you label anyone as a savage, you have awarded them with an advantage, in terms of public relations.

I simply would have worded the ads this way:

IN ANY WAR
BETWEEN FREEDOM
AND OPPRESSION
SUPPORT FREEDOM

In the end, that’s what this is about. Still, Pamela Geller has provoked debate about all of these issues, and perhaps some of those who are asleep will be woken up by the ruckus. That would be a very good thing.

A young Irish filmmaker named Nicky Larkin went to Israel and the West Bank with the intent of making a film exposing Israel’s unjust treatment of the Palestinians, something which was treated as gospel truth by the bulk of his peers in the Emerald Isle. After seven weeks, and thanks to a mind at least open to being open, he went home with a dramatically different perspective. END_OF_DOCUMENT_TOKEN_TO_BE_REPLACED