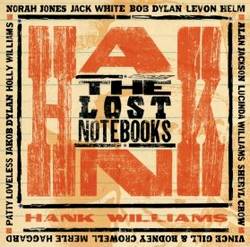 Hank Williams’ voice is a unique and a gigantic one in American culture, which means that it is also one familiar to those who listen to popular music all across the world. Hank Williams is recognizable singing, say, “I Saw The Light,” or “I’m So Lonesome I Could Cry,” even by people who couldn’t remotely be described as fans, in the same way as Bing Crosby is instantly recognizable singing “White Christmas,” or John Wayne is instantly recognizable in a cowboy hat saying, “The hell I will!” Hank Williams is just there as a reference point like the pyramids of Egypt or the Grand Canyon.

In speaking of Hank Williams’ voice, however, I very much mean it both in the sense of the instantly-recognizable product of his vocal cords and in the sense of what that voice has to say: how Hank Williams in singing a song describes the world, captures an emotion, issues a plea.

Although he died at the age of 29, Hank Williams is a patriarch of country music (if it’s legal to use the term patriarch anymore) but he is also much more than that: he is both patriarch and patron saint to songwriters everywhere, and to discerning aficionados of the art of song across all genres. No one lays it out there quite like Hank Williams did over and over again in his short songwriting career, with such a devastating combination of depth, honesty and economy. Even his more light and humorous songs are models of how to write a tune that’s instantly accessible, unpretentious and utterly timeless. END_OF_DOCUMENT_TOKEN_TO_BE_REPLACED

The Lost Notebooks of Hank Williams

is due for release on October 4th. Alan Light has a piece in the Old Gray Lady on the making of the album, including this: END_OF_DOCUMENT_TOKEN_TO_BE_REPLACED

UPDATE: Click to see my review of The Lost Notebooks of Hank Williams

Looking back, the first blog post from Yours Truly on the Bob Dylan/Hank Williams project was on November 16th, 2007. It was one of several more, and now—proving that if you keep the pressure up results will surely one day come—it’s been announced that an album titled The Lost Notebooks of Hank Williams

will be released on October 4th, 2011. It has been created from unfinished songs that Hank Williams left behind in a briefcase when he departed this Earth in 1953, at the tender but for him weary age of 29, and which same songs were at some point given to Bob Dylan to finish. END_OF_DOCUMENT_TOKEN_TO_BE_REPLACED