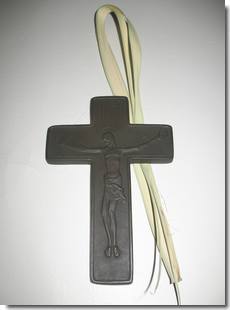 Today is Good Friday—at least for those observing the liturgical calendar followed by most Christians in the western hemisphere. It is a Christian holy day, but not a U.S. federal holiday, nor a New York State holiday, and yet, curiously, Wall Street—the New York Stock Exchange—is closed today. It’s been closed on Good Friday as a rule since its inception. Hard-nosed capitalists or no, it seems that no one has had the gumption to break that particular precedent. Well, deference to much of anything being in such short supply, I think one can only applaud it when one sees it.

My purpose today, however, is just to reflect a little on a song. I think it might be described as a Good Friday kind of song, and it’s a song I’ve grown to love, although a few months ago I had not even heard of it.

Accounts tell us that in 1872, an American Methodist minister named Lewis Hartsough wrote the lyric and the tune, during the course of a revival meeting in Iowa. The song become known by its first line: “I hear thy welcome voice.”

Yet, I’ve never heard the song sung in English, and I would guess not all that many people have.

The song was noticed not long after its first publishing by a Welsh Methodist minister named John Roberts (also known by his poetic name of Ieuan Gwyllt). He translated the song into Welsh, and I guess you could say that from there it went viral. (This being the age before antibiotics, perhaps back then they would’ve said that it went bacterial.) It quickly became a deeply beloved hymn of the Welsh, such that many presume that it has been Welsh all along. END_OF_DOCUMENT_TOKEN_TO_BE_REPLACED 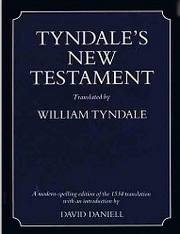 William Tyndale was the first to translate the Bible directly from Hebrew and Greek texts into English, in the name of making Scripture available to the common folk. It was he who first looked at the Greek and rendered such ageless phrases as, “The spirit is willing, but the flesh is weak” (Matthew 26); at the Hebrew and rendered, “And God said, Let there be light, and there was light” (Genesis 1). And likewise with so many other familiar and beloved phrases beyond listing. His translations of the Old and New Testaments are now estimated as forming the basis of about 80% of the later and greatly revered King James Bible. His work also formed the basis of the earlier Geneva Bible, which was the Bible in English that a fellow named William Shakespeare would have read. END_OF_DOCUMENT_TOKEN_TO_BE_REPLACED

Today is Good Friday for most Christians (though not those following the Orthodox calendar, who will instead observe it one week from today). Here are a few profound paragraphs from the book Death on a Friday Afternoon: Meditations on the Last Words of Jesus from the Cross