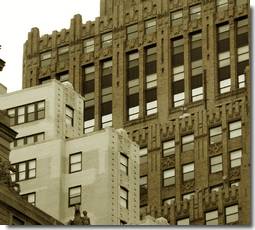 A 35 year-old woman fell to her death from the 17th floor of a building on 57th St. in New York City last night (or early this morning). She was apparently leaning against the railings on her apartment’s balcony when those railings suddenly gave way. The details are no doubt still to be fully established. Obviously, tragic accidents occur every day. This one is in the news at all only because of the particular drama of such a fall in midtown Manhattan. The story itself is, truth be told, relevant only to the people personally involved, and the people who mourn the woman’s loss.

Yet, what’s really remarkable is seeing the kinds of comments on this story that so many people have left, using in most cases their real names and Facebook identities. I don’t read comment sections anymore as a rule, but the first ones I saw on this were so horrible that I felt obliged to go on and see if they continued in that vein. And they did. Many of the most vile remarks were those directed at the dead woman because the story had reported that she was smoking on her balcony when the accident occurred. People felt it worthwhile to pause long enough on the page to leave brief derisive comments such as, “Who wants to date a woman who smokes and smells like tobacco – yuck,” or “She was a smoker. Poor judgment is par for the course.” Or something along the lines of “Tobacco kills!” Again, people using their real names, with photos and actual Facebook profiles attached (sometimes hugging a spouse or clasping their small child in their arms) stop to leave a random insult on a public webpage with a story about a woman who has just died. They are capable of being just that shameless. END_OF_DOCUMENT_TOKEN_TO_BE_REPLACED