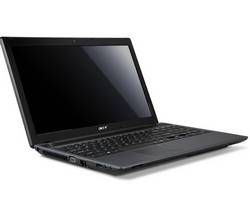 I like to tell myself that I make my computers earn their purchase price, and then some. My chief working computer for nearly the past six years has been a Dell Vostro laptop. When I bought it (if I’m not mistaken) George W. Bush was in the White House and Dennis Hastert was still Speaker of the House. (“You don’t say, Grandpa! And the wolves in Wales?”) I never upgraded the operating system from XP or even boosted the 1 GB RAM with which it came. The machine served me very well, frankly. Any significant problems I had while using it were always software-based. Until, that is, the most recent problem, when it abruptly shut off while I was doing nothing in particular. It just went “pfft,” like an old TV set being turned off. It wouldn’t go back on, then, but it did some hours later, as if nothing had happened. Still, I had to believe that the old boy was telling me to prepare for the day when he just wouldn’t be able to spin that hard disk anymore. It was clearly time.

I’ve used Dell personal computers for a long, long time, and similarly have never had a major complaint about the hardware. That’s why I’ve kept using them. If it works, why mess around? (You might call it the essence of the conservative ethos.) However, times and circumstances change no matter how you might try to keep them static. Money being an issue, it seemed like a wise juncture at which to see if more could be had at my preferred-price-point from a different manufacturer.

I eventually concluded that this was indeed the case. Looking at the lowest priced 15.6″ laptops, Acer seemed to be offering the most bang for the buck, and getting (generally) favorable reviews while doing it. I could get a 2.13 GHz (Pentium) machine with 4 GB of RAM from Acer for significantly less than a machine with those same properties would cost from Dell. So, in the end, that is what I did. END_OF_DOCUMENT_TOKEN_TO_BE_REPLACED