A few weeks ago while on stage in Singapore, Dave Mustaine, the lead singer of Megadeth, is reported to have said:

“Back in my country, my president … he’s trying to pass a gun ban, so he’s staging all of these murders, like the ‘Fast And Furious’ thing down at the border … Aurora, Colorado, all the people that were killed there … and now the beautiful people at the Sikh temple.”

He continued, “I don’t know where I’m gonna live if America keeps going the way it’s going because it looks like it’s turning into Nazi America.”

Ry Cooder, who is promoting a new album called Election Special, gave an interview to the UK Guardian round about the same time as Mr. Mustaine was lecturing on political science in Singapore. Excerpts from that:

Look, what did Gore Vidal say recently? The interviewer asked him what he thought of the Republican party and he said it’s not a party any more, it’s a Hitler Youth mindset and they’re out to destroy the country, and he was 110% right.

Romney is as bad as anyone can be. He’s a dangerous man. He’s a cruel man. He’s a perfect creation for what the Republican party is all about. And that is to say, a rapacious capitalist. Anyone who ran Bain Capital is not your friend. All they’re going to do is rape and pillage the land. END_OF_DOCUMENT_TOKEN_TO_BE_REPLACED

The recent revolt in Tunisia has been followed by massive unrest in Egypt, and frustrations are beginning to bubble into actions in a number of other Middle-Eastern dictatorships. Is it 1989 again? Too soon to say that, but things are moving quickly, and, should Mubarak fall, it will surely encourage revolt in other nearby countries with underemployed and unhappy young populations. END_OF_DOCUMENT_TOKEN_TO_BE_REPLACED 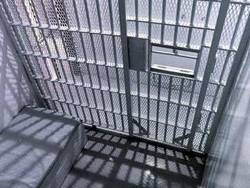 President Obama’s policy (as of today) with regard to the Guantanamo Bay detention facility seems to me to be summarizable in the following way:

The use of the military prison at Guantanamo Bay has damaged the reputation of the United States around the world. The U.S. has compromised its principles by detaining people there. We can do better. We will try those who we can in the U.S. court system. We will use military tribunals to decide the fate of a select few. We will repatriate certain others, or persuade other nations to detain them in some manner. In the end, I know we will still be left with some individuals who cannot be dealt with in these ways. These are individuals who cannot be tried in our courts due to a lack of conventional evidence and charges, but who we know all the same to be dangerous men. I, as President, will not under any circumstances risk the security of Americans by letting these individuals go free, given their potential to cause great harm. Therefore we will find a way to legally detain them, here in the U.S., in maximum security prisons, for as long as may be necessary.

The above is no attempt to caricature or to mock the president’s policy, but simply an attempt to state it briefly and fairly based on his own recent remarks and those of members of his administration.

I wonder, however, at what point all those who have been calling for the closure of Guantanamo Bay (some since late in 2001) will realize the implications of President Obama’s policy, if and when it is fully realized. END_OF_DOCUMENT_TOKEN_TO_BE_REPLACED