The false narrative of the supposedly innocent “aid flotilla” attacked by Israel (when in reality the only violence which took place occurred when IHH terrorists attacked Israeli commandos with the goal of creating this story) is lending fuel to an already-burgeoning global movement of boycotts and divestment that poses a very real risk to Israel’s survival. From the Wall Street Journal:

Israeli officials point to a significant toughening by many allies on important Israeli strategic issues, such as peace efforts with the Palestinians and the country’s nuclear program. But the fallout has ricocheted beyond diplomacy as well, they say. It is reflected in incidents including British grocery chains dropping products produced in Israeli settlements; Scandinavian pension funds divesting from an Israeli defense company; and the spread of an annual “Israel Apartheid Week,” backed by mostly left-leaning Western organizations, to 50 cities world-wide. END_OF_DOCUMENT_TOKEN_TO_BE_REPLACED

Hamas fired two Kassam rockets into Israel from the Gaza Strip earlier today, but that’s far from the most serious attack being made on the Jewish state. Unable to defeat Israel in a direct military assault, her enemies have become well practiced at tactics that seek to damage her in the court of world opinion, to strip her of support (or even tolerance) and to encourage the kind of opposition that could ultimately break the nation’s spirit. 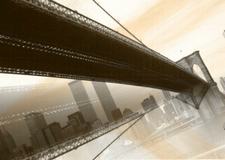 It’s not easy to find information on Mr. Mejia, other than that he END_OF_DOCUMENT_TOKEN_TO_BE_REPLACED