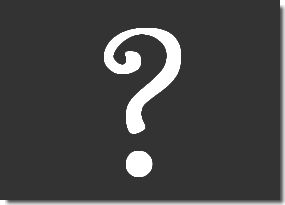 I doubt that I’m the only one who spotted a tone of triumphalism in the resulting media headlines, such as: “Study: More Americans than ever spurning religion” (CBS); and “The Rise of Young Americans Who Don’t Believe in God” (New York Times). END_OF_DOCUMENT_TOKEN_TO_BE_REPLACED 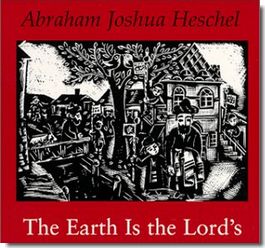 In writing about the joy that was to be found in the culture of the Hasidim for pure ideas, for endless study and restudy of the Talmud, he says this: END_OF_DOCUMENT_TOKEN_TO_BE_REPLACED 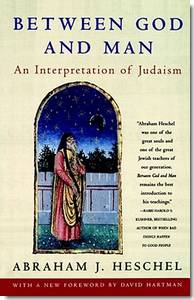 Just another paragraph or two from Abraham Joshua Heschel, these words being from the book Between God and Man.

END_OF_DOCUMENT_TOKEN_TO_BE_REPLACED 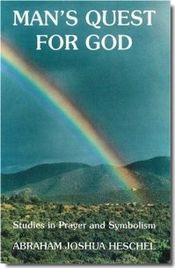 Perhaps it’s something to do with aging, but I happen to be increasingly preoccupied with questions of time. Not so much the lack of it (which is very obvious and about which I can do nothing) but the nature of it, and in particular the difference between our time and God’s. It doesn’t matter that this is unknowable; if we ceased wondering about things which are unknowable I suppose that we would be very bored and very boring indeed. But you wonder—and I know that all humans, atheist, agnostic and devout, wonder this—why most seconds, minutes and moments just tick away like a great impersonal and unstoppable clock, and why there are other moments in our lives which may be incredibly brief on the clock but the duration and weight of which seem almost boundless to our experience. These moments can come in a wide variety of contexts, but I think they are often those moments in which we involuntarily shed tears, or at least are very deeply moved by something inexpressible. I think that we are certain, in such a moment, that what is happening matters a great deal, and that it will not simply pass on into the void but will somehow be remembered, and not only by ourselves. Are we wrong, or are we in such moments receiving a tiny glimpse of the eternal? END_OF_DOCUMENT_TOKEN_TO_BE_REPLACED