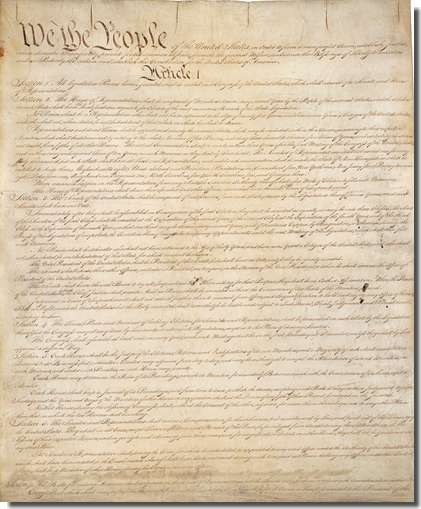 The leak of Samuel Alito’s draft opinion overturning Roe v. Wade and Planned Parenthood v. Casey has made me think of my father (quite unexpectedly, I might add). This is not because my father served on the U.S. Supreme Court—he didn’t—and neither is it because I ever knew him to leak confidential documents to the press, in order to interfere with a judicial process or for any other reason. It’s rather because of something he said to me during the last year of his life.

For context, I should confess that my father and I were at odds for pretty much the entirety of our overlapping time on Earth. It involved family issues, in the main, and there’s nothing to be gained by going over it. We always maintained a relationship, and I never stopped visiting him and my mother, but it’s hard for me to remember a single day of my life I wasn’t mad at him; that is, until about the final year of his life. He died aged 91 (about six years ago).

I saw him several times during that final year or so (which required flying from the U.S. to Ireland where he and my mother were living together, at that point in a nursing home). I saw that something had changed in him, at that late date, and my inner anger at him melted away. It wasn’t by reasoning or choice: it just happened. For that, I’m deeply and humbly grateful to God. Changes of heart come from God, I happen to believe; I also think they are the most powerful of miracles.

Anyhow, during one of those visits, my father brought up, on his own, the subject of the U.S. Constitution. I don’t recall him ever talking about it before, but, strangely enough, it was on his mind in those final months. He was remembering his swearing of an oath to uphold and defend the Constitution, which he would have done when he joined the National Guard, and again when he received U.S. citizenship, and likely again when he served as a peace officer with the Bridge and Tunnel Authority in New York City. He was recalling this oath, and saying, with a great deal of emotion, “I never would have done it! If they’d told me that abortion was a right in the Constitution, I never would have done it!” He was crying, truth be told.

I attempted to argue that there really wasn’t a right to abortion enumerated in the Constitution: that Roe v. Wade was a poorly reasoned opinion and that there were many who still hoped to see it overturned one day. But he seemed to ignore my words. He was somewhere deep in his own mind, and, besides, he was correct as to the practical reality of the thing. What did it matter what I or anyone else thought about the legal soundness of Roe v. Wade? It had been the unopposable law of the land for over 40 years, helping to facilitate the termination of over one million babies during each of those years. That’s some pretty solid soundness, in the real world.

I guess it’s a good thing I wasn’t angry at him anymore, because if I’d wanted to twist the knife, I might have asked him why he voted for all those Democrat politicians all his life, many of whom had supported the abortion regime. My father was, in his way, a very conservative Irish Catholic, attending mass diligently and certainly expressing his belief in what the Church taught. Going through his papers after his death it was obvious he had contributed to pro-life organizations (and also to charities that helped the poor in Africa). Yet, when he voted, to my knowledge, it was always according to his perception of who would be better for his pocketbook. And he never stopped worrying that the Republicans would cut Social Security. Also, in fairness, in my father’s time in the U.S., things weren’t quite as clear-cut as today. There were still some pro-life Democrats back then. Abortion was definitely an issue, but not quite the Supreme Holy Sacrament of liberalism that it has now (so very weirdly) become.

As Samuel Alito observed in his opinion, neither Roe nor Casey settled anything, in the way that big Supreme Court decisions are traditionally supposed to do. The Supreme Court’s short-circuiting of the democratic process on this issue has twisted the politics of America. The people who were allegedly in the more compassionate wing had to prove their compassion by supporting the easier killing of the most innocent and the most helpless. Politicians have compromised their (ostensibly) most sacred beliefs, and adopted incredible, pretzel-like morality, in order to be seen as being on the correct side of this issue (a case in point being the current occupant of the Oval Office). The U.S. electorate has only become more deeply divided and mistrustful, year by year. And that civic poison is just one of the ways in which the nation has already seen judgment. The absence on the streets of this nation of those tens of millions of human beings who were killed before they could take their first breaths: that is a judgment and indeed a punishment which America will be reckoning with until America is no more.

I’m thinking today that my father’s surprising, late anguish at having sworn allegiance to the U.S. Constitution speaks well of him—that he was sensitive and cognizant enough to have that on his mind. Serious things ought to be taken seriously. When the Supreme Court conjured a fundamental right to abort babies out of America’s founding documents, and it was allowed to stand and to override all objections and create the horrifically exploitative abortion industry, on a certain level everyone in America was implicated. It has been a true national sin, albeit that some good people have dedicated themselves since that very day to turn that decision back.

It would have been nice to be able to read Samuel Alito’s opinion to my father, and have him understand that he didn’t swear allegiance to anything evil when he swore to uphold the U.S. Constitution. It’s just that the “upholding” part is heavy work.

We hold that Roe and Casey must be overruled. The Constitution makes no reference to abortion, and no such right is implicitly protected by any constitutional provision, including the one on which defenders of Roe and Casey now chiefly rely—the Due Process Clause of the Fourteenth Amendment. That provision has been held to guarantee some rights that are not mentioned in the Constitution, but any such right must be “deeply rooted in this Nation’s history and tradition,” and “implicit in the concept of ordered liberty.”

At least my father didn’t live to see his beloved Ireland embrace abortion in 2018; it’s the only country, as far as I know, that legalized abortion in a popular referendum, accompanied by celebrations when it was carried with 66% of the vote. In a meaningful way, since then, Ireland is just not Ireland to me anymore. Now, I hold no truck with the glory days of old Roman Catholic Ireland. I think that the Church had far too much political and temporal power, and there were people who abused that power, as people will do. There’s been an enormous backlash against the Irish Catholic Church over the past couple of decades, with examinations of history and airing of horror stories. But a fair response to such abuse need not involve celebrating the abortion of helpless babies. To celebrate such a thing is equally anti-human as it is anti-God.

And that’s a very bad combination.

It’s a combination that also exists in the U.S. today, where the “safe, legal and rare” formulation that helped Bill Clinton get elected in 1992 has been thoroughly overwritten by a pro-abortion movement that flaunts its pride at eliminating human lives. The uncompromising insistence these days is for the right of abortion up to the final moments before natural birth, to enable “doctors” to be paid to dismember and kill full-term infants in the birth canal, as is the case in the much-celebrated New York State law of 2019, which will stand, along with the abortion regimes in every other state, even if Roe v. Wade is overturned.

All of this is happening while we have shifted gears firmly towards an unsustainably aging and shrinking population. If you step back and look at it coolly, for even a moment, I think you would have to say that all of this is positively freaky.

In any case, my Dad, being the Catholic that he was, would expect to be in purgatory about now. You can spend a long time there, as I recall from my childhood. Certain novenas would specify how—if you repeated them often enough—you would gain indulgences that could shorten your time suffering in purgatory by substantial numbers of years. My young self marveled in horror at how long I must expect to spend in purgatory. It seemed it had to be centuries at least. (Now, having become the Lutheran I always was, I hopefully wield an express ticket to the better place.)

However, if the U.S. Supreme Court does actually accomplish the overturning of Roe v. Wade, I wonder if St. Peter will have to do a little housekeeping. Maybe he’ll take a trip to purgatory and call out, “Paddy Curnyn! Will Paddy Curnyn come forward?” (Is he still the old man with the flat cap or has he reverted to the younger man with the flat cap—his appearance hardly changed through the years.)

“Paddy,” says St. Peter,  “that thing you confessed at the gate to me, about swearing to uphold the U.S. Constitution and its right to abortion—well there’s been some mistake down there, and it seems they’ve fixed it, and we can’t hold you for that one any longer. And what with your good behavior in purgatory, and since we’re pressed for space, we’ll just put you on the bus to the New Jerusalem today.”

St. Peter pauses then, and gives my father a stern look. “Your wife is there already,” he says. “It shouldn’t surprise you to hear that she went straight in.”