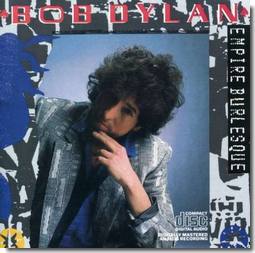 People tend to remember fondly the pop-music they listened to during their teen years, their coming-of-age years. It’s a distorted magnifier, associating the music with their biological intensity of feeling during that time. There are those people—very many, in my perception—who essentially stop listening to popular music in any engaged fashion after that period, and it then becomes only a matter of nostalgia. Oblivious to anything else, if they happen hear a track from their youth (by Depeche Mode, the Cure, Journey, take your pick) they suddenly become enormously animated, singing along and gesturing wildly, as if everyone present ought to appreciate how wonderful that song is.

I hate those people.

Not entirely, of-course. As individuals, they may have various redeeming characteristics. Some of them. But I hate their insularity, their inability to reflect on the fact that this music only seems so good to them because they’ve never tried to listen to anything else, and I hate what amounts ultimately to their aesthetic laziness. Nostalgia is fine to a certain degree, but if your appreciation of music is limited only to that nostalgic aspect, then you are a sad and wasted shell of a human being. (Other than that you may be quite nice.)

I’m an aficionado of Bob Dylan’s entire body of work, to various degrees, so I can’t be guilty of the same syndrome with regard to his mid-80s music, and yet I recognize that my mind might distort its relative quality because of the age I was when I first heard it. While I suspect myself for this, I cannot completely adjust for it. To me, Empire Burlesque, despite its somewhat plastic and dated production values, still sounds both charming and thrilling, and I still hear things in it now that I never heard back then. And it was the first album Bob Dylan recorded for me.

So, back to the song, “Something’s Burning, Baby,” and to Easter. The couplet that popped into my mind today was this one, a marvelous melding of two crucial biblical references:

You can’t live by bread alone, you won’t be satisfied
You can’t roll away the stone if your hands are tied

Bread alone: That is Deuteronomy, 8:3:

And he humbled you and let you hunger and fed you with manna, which you did not know, nor did your fathers know, that he might make you know that man does not live by bread alone, but man lives by every word that comes from the mouth of the LORD.

It is repeated by Jesus, in Matthew 4:4, when he responds thusly to Satan’s temptation to change stones into bread:

“It is written: ‘Man shall not live on bread alone, but on every word that comes from the mouth of God.'”

As for rolling away the stone, it is a seminal moment in the life of Jacob and ultimately the people of Israel when he single-handedly rolls away the stone from the well to water the sheep of his uncle Laban, which are shepherded by Rachel, who goes on to become his wife and the mother of his sons Joseph and Benjamin.

And in the New Testament, Jesus orders the stone removed from the tomb of Lazarus before calling him back to life, and, of-course, the stone is rolled away from his own tomb at the resurrection, celebrated on Easter Sunday.

These are not the only biblical references in “Something’s Burning, Baby,” a tune which can be heard alternatively as some kind of wise-ass song addressed to a strange and evasive lover or as a crypto-religious song, addressed to God. Heard in the latter fashion, it echoes the sentiments of prayers as old as the Book of Psalms, expressing trust in God while simultaneously pleading for His presence, even demanding to know why He does not show Himself and intervene.

You’ve been avoiding the main streets for a long, long while
The truth that I’m seeking is in your missing file
What’s your position, baby, what’s going on?
Why is the light in your eyes nearly gone?

Addressing God as “baby” might seem a tad short of reverent, but one can fit this tack into the narrative of Dylan’s career if one understands how dead-ended that career seemed in the early 80s, with displeasure at his record company over his gospel music and declining sales. The very title of the album, Empire Burlesque, suggests a show, a façade, and the self-consciously pop-oriented production values underline that idea. Imagine, if you will, the amusement for Dylan of cloaking his continued desire for religious expression in an over-the-top bid for commerciality.

A song like “Never Gonna Be the Same Again” sounds like the most by-the-numbers kind of pop love song, but heard in this other context it resonates differently:

You taught me how to love you, baby
You taught me, oh, so well
Now, I can’t go back to what was, baby
I can’t unring the bell
You took my reality
And cast it to the wind
And I ain’t never gonna be the same again

As for “Something’s Burning, Baby,” just like a psalm of old, after all of the remonstrating and all of the questions, heard this way it ends with a simple statement of faith, perhaps tinged with some resignation:

Ring down when you’re ready, baby, I’m waiting for you
I believe in the impossible, you know that I do

Believing in the impossible … that’s an admirable kind of shorthand for faith in God in our modern Western world, is it not? That is basically what believers are so often told that they are believing in: something which is impossible, unprovable, irrational, and indeed ridiculous. What an exquisite affirmation, then, in the face of it all: I believe in the impossible, you know that I do.

And there’s surely nothing more impossible than that which is celebrated at Easter.