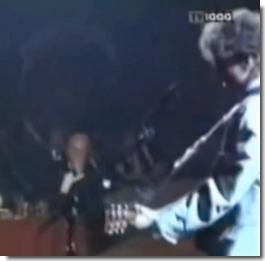 Back when the album Shadows in the Night by Bob Dylan was first announced, in May of 2014, Rolling Stone magazine and others were all labeling it as “Dylan does Sinatra.” Although Frank Sinatra and Bob Dylan have long been the sun and moon in my own musical consciousness (and I’ve always been fascinated by any even-tentative connections between them) I greatly hesitated about jumping on that notion, knowing that a lot of people who don’t know better tend to regard any old popular standards as “Frank Sinatra songs.” We didn’t have a track list. It wasn’t clear what the album was really going to be based upon.

Then we got the track list, and it was immediately obvious to any serious Sinatra aficionado that this album was in fact centered around songs closely associated with Frank; it included songs written for him, songs debuted by him, one cowritten by him, no less than four from a single Sinatra album (1957’s Where Are You?), and most were songs where Sinatra’s rendition is indisputably the one that matters most in musical history. (“That Lucky Old Sun” is an exception, and “Some Enchanted Evening” is assuredly a song that almost everyone has done.)

There wasn’t any question anymore but that Dylan himself was contemplating Sinatra when he envisioned this album. (You don’t even have to read him talking about it himself in the AARP interview to be absolutely sure of it.)

Yet now in various media outlets there’s a strange and perplexing push-back against the Sinatra connection, as if now that we have the solid evidence of the truth of it, it’s come time to deny it. Take most dramatically perhaps the review in GQ Magazine:

Firstly, this is not, as was heralded by many on its announcement late last year, Bob Dylan’s “Sinatra album”. True, all ten songs – laid down live with his five-piece band (and additional horns) in Capitol Records’ legendary Studio B – have been previously recorded by Frank (among many others), but there the relationship between the two must end. After all, who would expect one of the twentieth century’s most distinctive voices to be interested in merely repurposing its most mellifluous?

Much has been made of Frank Sinatra’s association with these cuts, but don’t read too much into that. Most people don’t think of Sinatra when they hear ‘That Lucky Old Sun,’ and if Ol’ Blue Eyes was on Dylan’s mind when he recorded these tracks — most of them were completed live in one or two takes — he sure doesn’t let on. ‘Shadows in the Night’ is a collection of pop standards written at a time when dozens of singers would chart simultaneously with the same song. Dylan is just the latest to give them a spin, albeit more than a half century later.

Come again? I’m not going to put the writers’ names here, to personally assault them, but they ought to be embarrassed to have these lines published underneath their monikers. They have a right, of-course: You can say the sky is pink with yellow polka-dots if you want to say it, but you probably shouldn’t go around saying such things if you want people to take your prediction of tomorrow’s weather seriously.

It certainly would be an error and a disservice to the album to label it as only a tribute to Frank Sinatra (and it’s appropriate for reviewers who know what they’re talking about to correct that notion) but to outright dismiss the Sinatra connection is to put mind-boggling ignorance on parade.

As written in this space previously, while the album is not subtitled “My Tribute to Frank Sinatra” …

… Bob was very much thinking about Francis Albert during the conception and execution of this record. However, hearing his singing, it’s obvious that there was no attempt to ape Sinatra’s renditions, i.e. to be like Frank (and what a foolish mission, albeit that so many have attempted it). So the fundamental tribute that Bob Dylan is making to Frank Sinatra is to Sinatra’s own choice of songs; it’s a tribute to Frank’s taste, and I guess that also means to his preoccupations.

So it is not a straightforward homage to Frank Sinatra in the sense of being a mere imitation, but Bob Dylan was without any doubt inspired to do it in the way that he did it, choosing the specific songs that he chose, through his own deep affection for Frank Sinatra’s work. What he ends up with, and what we end up with, is a larger expression of Dylan’s relationship with popular song as a whole, and fundamentally just a really moving collection of performances, but all of that is no reason to insanely deny the link to Frank Sinatra. 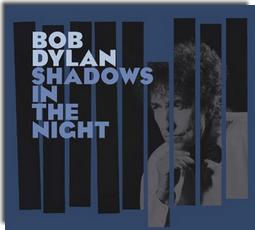 That said, there is however one thing about it that is a straightforward homage, and that is the title and cover. This was Sinatra’s style, with his “concept” records, especially his greatest of the 1950s on Capitol Records: The title would state the mood about as bluntly as it could be stated (Only The Lonely, In The Wee Small Hours, No One Cares, or, more cheerfully, Songs For Swingin’ Lovers) and the cover would show Frank in an image reflecting a similar mood. So, here we have Shadows In The Night and a picture of Dylan looking, well, what? — pensive, melancholy, just moody? Certainly very shadowy. In any case, it’s the same approach, and just another tip of Bob’s hat to a giant of music who he clearly loves—one who he is not trying to foolishly imitate, but one who he is indeed paying tribute to on a very deep, heartfelt and touching level with this album.

And thanks be to God for the both of them.