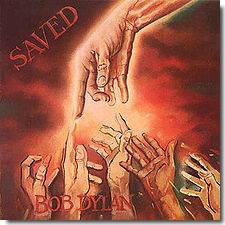 On November 5th, 2013, Sony/Columbia will release a remastered version of Bob Dylan’s 1980 album, Saved. It is customarily characterized as the second of Bob Dylan’s three “gospel period” albums. It contains the most straightahead gospel songs of the three, drawing deeply from black American forms of worship music. It is the first time that the album has been remastered, although there were complaints about the audio quality of the record from the outset, including from Dylan himself. That way I’d put it is that the album has an odd kind of muted nature, lacking the life and presence you would expect. Some might use different terminology. It’s not the performances that seem lacking (and Dylan and his band were delivering galvanizing live performances of the same material during this period) but something about the sound of the record or CD itself. It has even been speculated over the years that possibly some Columbia execs—unhappy with Dylan’s foray into religious music—deliberately caused the album to be sabotaged. On the face of it, this seems nuts (why would businessmen undermine the sales of their own products?) but on the other hand even more bizarre things happen in this world every day, so who knows?

I do know that many, including yours truly, have long desired for the album to be remixed and remastered, but for decades it didn’t occur, even while many other Dylan albums which seemed perfectly fine to everyone to begin with received remastering treatments. (Infidels? Bringing It All Back Home?) So, at long last, some kind of remastering has been done on Saved, although naturally we won’t know to what precise effect until we hear it. The CD goes on sale in the U.S. on Tuesday, November 5th. It can currently be pre-ordered for the sum of $279.98. (To sweeten the deal, Sony/Columbia is also including forty other Bob Dylan albums in the box, and other compiled odds and ends.) 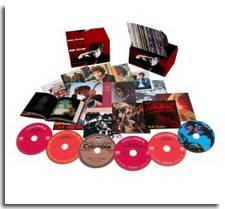 OK: so the November 5th release is actually titled, Bob Dylan: The Complete Album Collection Vol. One. It covers all standard album releases to this date (41), and collects songs off of soundtracks and such, and has a total of 14 “newly remastered” titles, one of which is the aforementioned Saved. Others include the already-gorgeous-sounding Pat Garrett & Billy the Kid, and others you probably never figured you truly needed remastered versions of, like 1985’s Empire Burlesque and 1986’s Knocked Out Loaded and 1990’s Under the Red Sky and the acoustic Good As I Been to You from 1991.

For someone like myself, who has been buying Dylan albums now for several decades, many in multiple formats, this collection is a non-starter from an economic point of view. However, it could well fit the bill for relatively new fans of Dylan. Indeed, if you lack most of this stuff already, then the collection is actually quite a bargain. 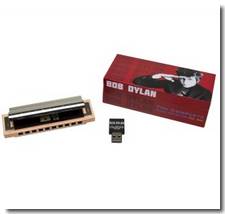 If you are wondering (as I would) where you would put all the CDs, it is also being offered for sale as a USB thumbdrive, containing both compressed MP3 and lossless FLAC formats. For getting the music without all that expensive packaging, you pay … er, $40 more (at the time of writing). This, I guess, is justified by the fact that it is a “limited edition” USB thumbdrive boxed inside of some kind of harmonica. Alright.

Those people in my boat might be wondering how they could licitly obtain specific items from this boxed set without having to purchase the entire thing. In my case—and I don’t think I’m entirely alone—the Saved remaster is the only thing that jumps out as being truly both new and necessary. Perhaps it will all be available at online retailers as individual MP3 tracks, but this wouldn’t exactly satisfy the need, since if one is concerned about the niceties of sound quality one probably wants a lossless format; e.g. FLAC. (And, for that matter, everyone should have the choice to buy the lossless format over the MP3.)

From the Sony press release is also this:

Exactly what that means, I’m not sure. It seems to imply that you have to buy a whole decade of music to get one album or track.

I guess that time will tell how sensibly this music will be sold, and time will also tell the result of the remastering of Saved. One tends to assume—and the record companies like us to assume—that every time something is remastered we’re getting something better. In fact, there have been countless bad remastering jobs in the music world as a whole, and over the past decade and a half in particular many perfectly fine old recordings have been remastered only to be ruined by the industry’s addiction to excessive loudness, so destroying their dynamic range and natural nuance. There are indications that this practice has run its course (e.g. the recent Dylan Another Self Portrait Bootleg Series Vol. 10 sounds good) but you never know what you’re getting until you get it.

At any rate, here’s to Saved being saved (please God).

Addendum 10/30/13: I have now heard the remastered tracks in MP3, and, well … my reaction is here: Listening to the Remastered Saved.