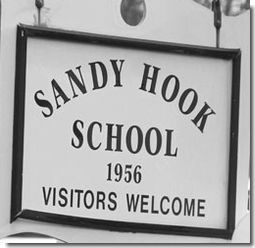 With the release of more details in the case of the massacre at the Sandy Hook school in Newtown, Connecticut on 12/14/2012, and the renewed focus by much of the mainstream media on the perpetrator, it is worth reminding ourselves of what the broader evidence shows about the motivations of those who commit these kinds of crimes. That is, that they are motivated by a desire to inflict spectacular harm that attracts universal attention—even deliberately competing to outdo previous mass killers—in the expectation that the same universal attention will then be focused on themselves and on their own nurtured grievances, frustrations and hatreds, whether contained in published manifestos or not.

They create the most horrifying spectacle possible in order to make a spectacle of their own hatred for the world and everyone in it. And every time the glare of the media spotlight is shone on one of these killers, it provides direct encouragement and inspiration to others who may be teetering at the abyss of similar horror.

Beyond this, there is no “figuring out” to be done of why someone acts in this way, and the notion that by airing all the details of the killer’s development and progress in the press we are going to arrive at some smart conclusion about how it all happened is fallacious at best, and an excuse for the most sordid voyeurism at worst.

How it can be arranged, I do not know, but it is long past time for the media by general consensus to cease giving attention to the killers in these cases.

In the real world, however, it’s clear that we are going to experience another episode like this one before very long, and then another one after that, and each time we will splash the biography of the twisted killers all over the media, and then scratch out heads wondering how and why such supremely abominable acts could be conceived and executed by a human being.

There is one other general observation that I believe can be made about these perpetrators, one which was not mentioned in the otherwise excellent article by Ari Schulman in the WSJ that I linked to above, and that is their complete godlessness. Perhaps (as I would like to think) it is too obvious to even warrant mentioning, but I mention it anyway: there is no room for God in the heart of someone contemplating such acts. And therein, I’d humbly suggest, may lie a piece of not only a diagnosis but a treatment.

But you won’t hear that the next time either.