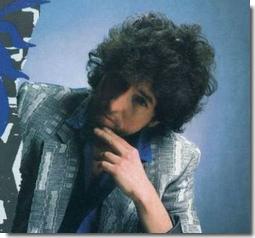 The new issue of Rolling Stone containing the full interview with Bob Dylan by Mikal Gilmore has now hit the streets. It is a riot: a wildly entertaining romp, in my opinion, and well worth handing over a few of Caesar’s coins to the newsagent in order to read in full. To what extent it is more than merely entertaining is going to be a matter of debate. Dylan is capable of giving very thoughtful and sober interviews; you can dig out the books and read them. This one, by and large, didn’t turn out that way, I think, although it has a few moments, especially the interlude regarding the U.S. Civil War.

If you’ve read the whole interview, you’ll know that Dylan goes off on a big tangent about a notion of “transfiguration”: his own, somehow connected with the death of another, different Bobby Zimmerman in a motorcycle accident in the early 1960s (mentioned very briefly in Chronicles, page 79). Rolling Stone unabashedly makes this the centerpiece of the article, highlighting it in the intro as a story “much more transformational than he has fully revealed before,” etcetera, etcetera. Well, you be the judge. Personally I’ve never seen anything that is more clearly a riff, a lark, and big fat red herring. I mean, I have no doubt Bob was struck when he first read about that other Bobby Zimmerman who also liked motorcycles, but as to the rest of the meaning of it … let’s just say that if I’d been eating anything when I read it I would have joined young Bobby Zimmerman in the afterlife by now.

In any case, I started something with a previous post on Bob’s seemingly easy and offhand expression of faith in an early excerpt of the interview, and it behooves me to follow up on that subject. Specifically, that was when he was complaining about being called “Judas” for playing an electric guitar, and he remarked: “As if that is in some kind of way equitable to betraying our Lord and delivering him up to be crucified.”

Dylan provides a few more indirect references of this kind, though he parries an attempt by the interviewer to get something that can be filed away as “Dylan stating his religion.” For example, he refers to the “Book of Acts” in relation to what goes on in “Rainy Day Women” (which disappoints me personally as I always thought it was a drug song) and in the middle of answering a question about whether the touring lifestyle was “fulfilling,” he says: “No kind of life is fulfilling if your soul hasn’t been redeemed.” That constitutes a jaw-dropping expression of wisdom, just dropped into the discussion and left there, as is not untypical.

Before the interviewer gets around to trying to probe Dylan’s religious beliefs, a few things have happened that I would suggest set the tone of this Q & A relationship. Notably, the interviewer persistently presses Dylan in an attempt to get him to comment politically on President Barack Obama, and on Obama’s critics, in particular on whether there is something racially-motivated about criticism he’s receiving. Dylan adamantly resists speaking on anything like a political level, instead comparing Obama to previous presidents—including George W. Bush—in terms of how it’s a rough job and they all get criticized. The discussion even prompts another rare f-word from Bob. Looking at that entire exchange would require a whole other essay, and possibly a seminar too. But to my eyes it is combative and the two men are not anywhere on the same wavelength.

Then, turning to the new album, Tempest, the interviewer brings up the “mortality” and “hard endings” that he detects in various songs. Oops. Dylan’s complained about this notion before, I think. Part of his response this time is as follows:

The people in “Frankie and Johnny,” “Stagger Lee” and “El Paso” have come to hard endings, too […] Maybe people have to have a simplistic way of identifying something, if they can’t grasp it properly – use some term that they think they can understand, like mortality. Oh, like, “These songs must be about mortality. I mean, Dylan, isn’t he an old guy? He must be thinking about that.” You know what I say to that horseshit? I say these idiots don’t know what they’re talking about. Go find somebody else to pick on.

Well, that’s an ornery response, as if Dylan doesn’t have the patience to say it any other way or doesn’t think he’ll be understood. In a strange review of Tempest maybe I was colliding with the same notion this way:

We don’t all die in shipwrecks, or by gunshot or stab-wound, but on the other hand plenty of people do die in those and similar ways, and in fact no matter how we die as individuals, the drama of it is inexpressibly enormous, even if it should be in a hospital bed bereft of companions. The very fact of our being alive and then our being dead is dramatic, violent and amazing. That’s one of the things being sung about here, I would suggest, in songs like “Tempest,” “Tin Angel” and even “Roll On John.”

Anyhow, it is only after all of this that the interviewer brings up religion directly, referring to the “dark territory” in many of Dylan’s songs since the 1980s, and asking if this reflects an “ongoing religious struggle” for Dylan. Bob’s response, for better or worse, sounds to me like some pretty heavy sarcasm.

Nah, I don’t have any of those religious struggles. I just showed you that book. Transfiguration eliminates all that stuff.

You don’t have those kinds of struggles. You never did, and you never will. No. You have to amplify your faith. Those are struggles for other people. Other people that you don’t know and never will.

But then he finishes with a seemingly softer statement of truth:


Everybody’s facing some kind of struggle for sure.

Asked if his sense of his own faith has changed, Dylan answers:

Certainly it has, o ye of little faith. Who’s to say that I even have any faith or what kind? I see God’s hand in everything. Every person, place and thing, every situation. I mean, we can have faith in just about anything. Can’t we? You might have faith in that bloody mary you’re drinking. It might quiet your nerves.

The interviewer laughs, pointing that he is only drinking water. Apparently not satisfied with how forthcoming Dylan is being, he reminds him that he’s been “willing to talk about these matters” before. Dylan says “that was before and this is now,” and goes on:

I have enough faith for me to be faithful to myself. Faith is good – it could move mountains. Not that bloody-mary faith that you have, but the kind of faith that people like me have. You can tell whether other people have faith or no faith by the way they behave, by the shit that comes out of their mouths.

Harsh, but then he seems to soften:

A little faith can go a long ways. It’s the right thing for people to have. When we have little else, that will do. But it takes a while to acquire it. You just got to keep looking.

And amen to that.

A little later, the interviewer brings up the fact that the Bible is the source for a lot of imagery in Dylan’s songs. Dylan responds:

But he’s not going to be drawn into a sensitive discussion of things-biblical, even if one were in the offing. He goes on:

There’s truth in all books. In some kind of way. Confucius, Sun Tzu, Marcus Aurelius, the Koran, the Torah, the New Testament, the Buddhist sutras, the Bhagavad-Gita, the Egyptian Book of the Dead, and many thousands more. You can’t go through life without reading some kind of book.

It’s a dodge away from talking in any more depth with Rolling Stone about the Bible, but it’s also true, reflecting back on his earlier remark about how he can “see God’s hand in everything. Every person, place and thing, every situation.” Dylan is a smart guy, in case no one noticed, extremely well-educated and well-read (even if no thanks to the University of Minnesota). He’s not insular: he’s always seemed hungry for knowledge and edification. He’s a student of human nature on a very grand scale. Even if one believes that God has been revealed most truly in the Judeo-Christian scheme of things, it doesn’t necessitate a fear or contempt of other sources of wisdom. (Discernment is a factor.) If it’s true that God came down and actually gave his Truth to Moses at Sinai, and if it’s true as Christians believe that Jesus was effectively God’s Truth personified, then those are very large matters—you can’t get any larger. Yet, that doesn’t mean that there’s nothing at all, for example, to thousands of years of Eastern mysticism. Man is programmed to seek truth. Glimpses of it come across everywhere, if one’s eyes are open, and there are no souls that are just disposable to God (or so we should hope and pray).

Dylan also volunteered in this interview that Tempest was not the album he initially planned to make. He said he wanted to make “something more religious … intentionally, specifically religious songs.” (From online excerpt.) But he indicates that he couldn’t pull that off in the way he wanted to do it. The interviewer asks him if those songs would have been like “Slow Train Coming,” and he answers, “No. Not at all. They’re more like ‘Just A Closer Walk with Thee.'”

Well, gosh, who wouldn’t want to hear those songs?

And so here ends my personal parsing of Bob Dylan’s “God talk” to Rolling Stone magazine. I’ve done my damnedest, but for palate-cleansing eloquence of an entirely higher kind, listen below via YouTube to Ella Fizgerald, singing that old song referred to by Bob Dylan. Sometimes it takes an angel to bring you back to earth.