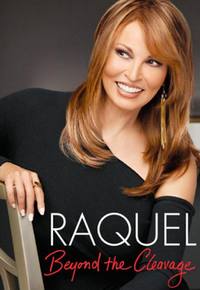 Raquel Welch always gives an amusing interview. At 71 years-old, she’s not only a working actress in amazing and beautiful shape, but is prone to dishing commonsense with a great pithy and sassy style. In an interview with—of all things—the magazine Men’s Health, Welch fires bullets on the cultural decline being brought on by rampant sexual explicitness. Commenting first on the music business, she says:

It used to be about a great song, great lyrics and a great voice. And now everybody is more concerned with being cutting edge and pushing the envelope. You have to be funkier, you have to be more audacious and more provocative than anybody else. When there’s somebody like Adele, it seems revolutionary because she’s not out there in a g-string and pasties. You forget that all music, all art, isn’t about T&A and girls spreading their legs for the camera.

I think we’ve gotten to the point in our culture where we’re all sex addicts, literally. We have equated happiness in life with as many orgasms as you can possibly pack in, regardless of where it is that you deposit your love interest.

These are something of a continuation of observations she made in writing a couple of years ago. She’s on the money, and if the world were organized correctly, she would be head of Sociology at Princeton or somewhere like that.

The subject also reminds me of one aspect of the Rush Limbaugh/Sandra Fluke controversy from the last couple of weeks. After the outrage caused by his initial comments where he attempted, in an ill-considered way, to illustrate the absurdity of people demanding free contraceptives, he doubled down the next day by saying something like, “Well, if we’re going to pay for the contraceptives, we should at least get something in return. She should post sex videos online!” This brought condemnation of Limbaugh as being “disgusting” and “a pervert,” “an overweight sixty year-old man breathing heavily into his microphone.” That his whole rhetorical line on the subject was coarse and counterproductive is undeniable, but I thought it was rather rich hearing people on the left condemn him as a pervert for bringing up the idea of online sex videos. After all, who is responsible in no small way for bringing us to this brave new world of freely-available explicit sexual content gushing into people’s homes, on the computers that children now use to do their homework? It is, in the end, the fruit of an ultra-liberal insistence that the right of “freedom of expression” covers even the portrayal of explicit sexual acts. The First Amendment has no meaning, we were told, if it doesn’t protect graphic sexuality just as much as it protects someone holding a sign protesting a war. After all, who do we trust to draw those lines? They’re so blurry! So effectively there is no obscenity any more. (Or, at any rate, to do something so obscene that the authorities in the U.S. would actually come in and shut you down would probably have to involve killing someone at this point.) With pornography so utterly mainstreamed now, why such outrage at a talk-radio host merely using a reference to it as an ingredient in his spiel?

Well, of-course, we know why.

A further tangent, but since this passing thought doesn’t deserve a post of its own: The 30 year-old liberal activist held up as the victim in that whole episode is hardly likely to be so very chagrined at the whole turn of events. She’s long been a vocal advocate on liberal and feminist causes, and now, thanks directly to Rush Limbaugh, her star has exponentially increased its luminosity. Tomorrow, she could have her own show on MSNBC, if she wanted it. If she wants to go a different route (and my guess is she does) she is likely to easily find big backers in a run for Congress in some suitably liberal district of Maryland. Her interest in going to “testify” at Nancy Pelosi’s make-believe hearing in the first place had to be to increase her profile. Thanks to Rush Limbaugh raising her to national and international heroine-status, she can now basically write her own ticket for the next stage of her career in the liberal universe. Ironic indeed.