The point being missed in the comparison is this: When Galileo put forth his astronomical theories, he was effectively on his own, with only his own scientific reasoning and evidence on his side. The scientific consensus of the time was as it always had been, that the Sun revolved around the Earth, which was the center of the Universe. This made it pretty easy for the Church to pick on Galileo. All of the other scientists knew which side their bread was buttered on, and were doubtless glad enough to see troublesome old G.G. get his comeuppance.

So much for the concept of consensus in science. We are consistently assured that well over 90 percent of scientists agree with the theory of anthropogenic climate change, as if there even is one solid undisputed theory, and as if this poll of scientists somehow establishes the actual facts in the heavens and here below.

The truth is that it only takes one scientist with a single fact that contradicts a theory in order to disprove that theory. By that standard of reckoning, in the case of anthropogenic global warming or “climate change,” the debate continues to rage on.

It is neither difficult nor courageous for the Vatican to throw its lot in with those who believe in a generalized theory of anthropogenic climate change that requires urgent correction (and who therefore by definition advocate a colder world). It is the favored point of view of all kinds of international intelligentsias and elites seeking to hold sway. Supporting this “consensus” is every bit as easy as beating up on Galileo was.

Supporting this “consensus” is every bit as easy as beating up on Galileo was. 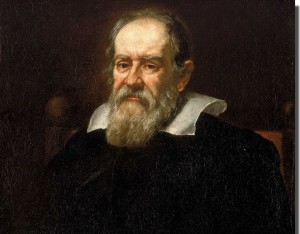 If the Vatican were instead to single out a scientist who is standing against the “consensus,” with only his own scientific reasoning and evidence to support him, then it might well be said to be a fitting penance for the treatment meted out to Galileo Galilei.

I realize that this comes a bit late for the encyclical, but one such I would offer to Pope Francis for consideration would be William Soon, who theorizes (rather radically I guess) that it is variations in the Sun’s activity that are by far the greatest influence on the Earth’s climate (a climate which I think 100% of scientists would concede has never stopped changing). His is one of a variety of opinions competing with the comfortable consensus that appear in a recently published book called Climate Change: The Facts. Willie Soon, for his efforts, has been vilified and effectively branded a heretic and worse by that comfortable consensical crowd that the Roman Catholic Church now has thrown its moral weight behind. But what if he’s right and the Church only concedes it three hundred years from now after incalculable human suffering caused by the pro-global-cooling movement? How is the pope to know? How was he to know? That really is the point. The pope isn’t to know. He doesn’t actually have to take a position on this at all. He could instead concern himself with religious matters, and leave matters of science, economics and politics to those who are schooled in them, and who hopefully are also schooled in the spiritual (this would be where the Church could actually make a difference at a deeper level).

Pope Francis in his encyclical also comes out against what’s often called “consumerism.” How you define that word might vary (which is a problem common to any “-ism”). On this he is on significantly more solid ground, in the sense that a worship of things, of possessions, and an indulgence in material excess, is bad for an individual’s soul. No one who believes in God can sincerely argue with this. Pope Francis is known for his simplicity of lifestyle, and his frugality, and I for one have no hesitation in commending him on this; it’s a refreshing change for the man claiming to occupy the seat of St. Peter. (It arguably should never be otherwise.) But in crossing over from giving a prescription for the health of the soul of the individual to instead prescribing global economic policies, I think that Pope Francis errs, and tragically so.

Pope Francis is concerned about the poor, but is failing to understand the correlation between the buying of things and the growth of jobs. (He might want to talk a little to a fellow Christian like Monsieur Bono Vox about how to really help people trapped in deep poverty.) Again, no one should be devoted to things, but simply advocating that everyone buy less—however edifying it may seem—is not helpful to the poor on a macro-economic level. But then the pope is not an economist! Why should he be expected to understand this? (Why should he expect himself to understand this?)

And this goes back to “climate change,” because the pope, it seems to me, is unfortunately allying himself with those who do not really have the progress of the poor as a very high priority. In fact, the poor, in the sense of the teeming masses consuming things and trying to improve the lot of themselves and their families, are the nub of the problem in the worldview of the hardcore advocates for a colder world. The prescriptions for reversing a warming world all involve a reduction of “consumption” and a rationing of energy use (most simply achieved by reducing the human population of the Earth). Making energy more expensive is the route that dedicated cold Earth enthusiasts are generally pursuing, by way of costly, massive and inefficient wind farms and solar installations. Buying “boutique energy” may be affordable and self-gratifying for the wealthy. Yet imagine on the simplest level that one’s electric bill goes up by 75% (maybe you’re one of those who doesn’t have to merely imagine this). For the wealthy, this is a relatively insignificant increase in expense, perhaps equivalent to ordering an extra dessert at a fancy restaurant one evening. But for the poor, or those on the margins of such definitions, a large increase to an electric bill that must be paid has a huge impact, and takes money away from other areas that might advance the well being of one’s family (e.g. buying books for the children to read, or, at a deeper level of poverty, nutritious food and medical care). There is no help for the poor in penalizing the use of cheap and abundant sources of energy, despite how much better it might make wealthy elites feel about themselves and their Mother Earth.

The pope has problems: no one can argue about that. He is residing in a Europe that in the largest part has turned away not only from Catholicism but from any Judeo-Christian concept of God. Taking action on that front would seem to be a pressing matter. If he thinks that allying the Catholic Church with this cold Earth and fundamentally anti-human agenda is going to win converts, I’d suggest he’s badly mistaken, although those who advocate for that agenda will be very happy to now be able to list the Catholic Church as one of their sponsors.

Also perhaps a slight problem for this pope is the fact that during his reign Christians are being exterminated across the Middle East and increasingly in other parts of the world. And even in the comfortable and complacent Western world, Christian beliefs that have endured for millenia are now being bracketed with bigotry and incurring the penalty of law. This barely touches the number of issues specific to Catholicism and Christianity that are pressing on today’s planet Earth, and so the pope has a full plate, it would seem, and yet he chooses to venture into the troubled, confused and politicized waters of “climate change.”

Will he receive credit, three or four hundred years hence, for being absolutely correct on the science, or will he receive scorn for having squandered his brief moment of authority?

I guess we’ll find out.