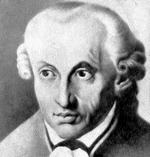 I’ve recently noticed a new trend in comment spam. I get perhaps fifty or more spam comments on this website per day at the current time. (Comments are moderated so none of them actually get published.) As anyone in a similar boat would be aware, most of them are long strings of gibberish with links embedded to whatever websites the spammers are attempting to promote. The comments, I’m sure, are left by machines rather than by real people. Very often, the websites being promoted appear to be ones dealing in pharmaceuticals like Viagra and Cialis. (Proving yet again, I suppose, that sex is about the only thing that generates real profit on the internet.)

Since these comments are self-evidently spam, the only websites where they stand any hope of sticking around are those websites that are not being maintained by anyone, like the millions of abandoned blogs littering the world-wide-web like so many plastic nets in the Pacific. Anyone paying attention to the comments being posted on their website would delete these usually-obscene advertisements in short order.

Lately, however, there is this new trend, as mentioned. Instead of long strings of gibberish, the comments I’m getting are pithy little philosophical observations and contentions. For instance:

That’s the thing about faith. If you don’t have it you can’t understand it. And if you do, no explanation is necessary.

It is a fine thing to be honest, but it is also very important to be right.

That last one was accompanied by the hyperlinked expression “Cialis by mail,” and that’s also typical of the others.

However, it’s easy enough to see the cunning at work in this spam. The very first time I saw one of these, I definitely did a double-take before I realized that it was spam. Comments like these could easily be mistaken for genuine remarks in a long thread debating goodness-knows-what issue. A good (or bad) cliché or epigram gets employed very frequently in arguments, after all.

Some of them have been quite new to me:

Historians are like deaf people who go on answering questions that no one has asked them.

I can see both historians and the deaf being equally offended by that one. Time to order some anti-anxiety pills and calm down.

Then there’s this one:

It is an interesting and demonstrable fact that all children are atheists and were religion not inculcated into their minds they would remain so.

Hmm. If that were really so, it would be kind of difficult to understand why every human society since the dawn of time has based itself around some kind of religious belief, wouldn’t it?

But no: You must resist the temptation to argue with the philosophical spammers. And whatever else you do, never click on that link to “Buy Zyrtec in Bulgaria.”

One thought on “Philosophical spam”