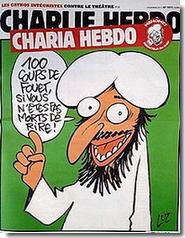 What happened today in Paris at the offices of the publication Charlie Hebdo ought to be a watershed moment that forces just about everyone in what we think of as the free Western world to remember what freedom is, and one that makes the ever growing threats against that freedom no longer possible to deny or excuse. However, a few hours into the watershed moment, it’s not exactly clear that this will the result. There has already been plenty of equivocation, talk of how what the satirists at Charlie Hebdo did was too provocative, and so on. Indeed, it was meant to be provocative, but in a free society provocation by way of ideas and statements should only produce in response other ideas and statements: not riots, not punishment under the law, and not bullets from a Kalashnikov. The spontaneous gathering of people in the streets in France (and around the world) to stand up for those massacred today, symbolically lifting pens into the air, is, on the other hand, a reason to hope that the correct lesson is being drawn by the critical mass of citizens. 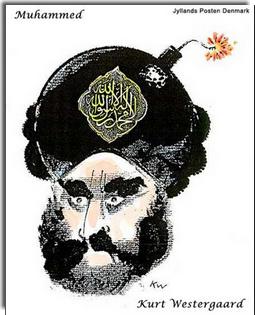 Islamic jihadists are fond of talking of martyrdom, and aspiring to it, but it is not martyrdom when they attack innocent people and die in the process; that’s merely murder that also results in the death of the murderers. There were twelve genuine martyrs in Paris today, martyrs for free speech and free thought. The journalists and cartoonists of Charlie Hebdo knew the risk they were taking. Two years ago Stéphane Charbonnier, editor of Charlie Hebdo said when speaking of the dangers: “It may seem pompous, but I’d rather die standing than live on my knees.” If he were still alive we could assure Monsieur Charbonnier today that it was not pompous, pas du tout. He died standing today for something irreplaceable, and the answer that needs to be given to the jihadists and those who are promoting their ideology is that the rest of us are not ready to kneel either.

There has been more than enough kneeling already, in the form of self-censorship by media outlets and apologies by politicians seemingly on behalf of Western culture (as if someone gave them the authority to issue such apologies). The examples are too numerous to even begin listing today, but consider just one: the occasion that a lousy video clip on YouTube “provoked” riots in the Muslim world (around the same time as the jihadist attack on the U.S. consulate in Benghazi, Libya) and U.S. leaders went out of their way to deplore the video clip—over which they had no jurisdiction—as if people should actually be prohibited from making any such videos in a free society. And it was lost on no one that the maker of the film was later detained on tax violations, the favorite last refuge of federal authorities when no actual crime can be proven against someone they seek to jail or punish.

Do very obvious things need to be said? Yes, they do. When someone criticizes or mocks one’s religion, the response ought to be either to answer the criticism, if it seems important enough to be answered, or, if it seems too boorish, to stay above it by simply ignoring it. Millions of Christians around the world deal with slanders, insults and blasphemies in this way every day, and other religions are not exempt either. But there is today one religion which apparently demands to be exempt: Islam. Or does it actually demand to be exempt? Well, that’s the nub of the issue.

What we see constantly in response to insults to Islam is the rioting, the violence, the threats, the murders, and on days like today the organized jihadist attacks. There are many more millions of Muslims who do not riot or do violence on these occasions, of-course, but what are they thinking about it? What do they believe about it? There is a kind of silence, on this and other jihadist atrocities, a degree of silence completely out of proportion to the evil that is being done explicitly in the name of their religion. This needs to change. Answers need to be sought and answers need to proclaimed from the rooftops and the mosques. Realities need to be faced. It is not Islamophobia to be concerned about these things. It is not a phobia because it is not irrational.

In a free society, the response to criticisms or mockeries of one’s religion cannot be violence, but even more than that, it cannot be the demand and expectation that such criticisms and mockeries be made illegal, because that would be the end of the free society. If there is one idea or set of ideas that can never be criticized or mocked by anyone, then those are the ruling ideas, and there is no true freedom. If those ideas are Islamic, then what you are living in is an Islamic theocracy, as do millions of Muslims around the world. (Though the speed with which some Western societies seem to be heading towards proscribing criticisms of Islam cannot help but make one wonder at what point some of them will also qualify as de facto Islamic theocracies.)

So, in the end, if you refuse to live with the freedom of others to criticize your religion, then you are the problem. You, and your religious teachers, urgently need to solve that problem.

This is one of the most fundamental realities that the atrocity in Paris today has made manifest. To how many? We’re going to find out.