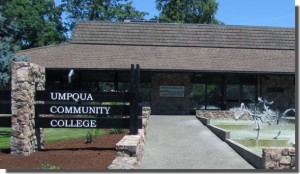 So there has been another act of nihilistic mass murder in America, this time at Umpqua Community College in Oregon, where nine people were shot to death yesterday before the murderer himself was killed. And so there are many people crying, there are some people praying, and there are some taking sides in the political argument over gun control.

I’ve taken the position in the past that at the heart of all of these instances of seemingly meaningless mass murder, from Sandy Hook to Charleston to Columbine, is one thing: a hatred of God. That’s not at all the same thing as atheism. And in arguing this previously, I also shared my peculiar view that there really are no atheists, because every human who functions believes in something beyond him or herself. Even if that is only rationality itself, it is in a sense a god. And believers in the biblical God could then add (perhaps annoyingly) that rationality just like nature and art are all gifts of that God.

Even these killers are not atheists. As put previously:

The problem in the context of this latest atrocity and similar ones is this: Some few souls at the extreme of human existence come to the conclusion that whoever and whatever God may be, they hate Him. They decide to deny all and to reject all. To do that demands doing something so horrible that no meaning can be found in it.

At Umpqua Community College yesterday, the particular perpetrator made his hatred of God more explicit than is usual, by asking his victims their religion, and killing those who said they were Christian, even saying, reportedly, “Good, because you’re a Christian, you’re going to see God in just about one second.”

It’s hardly possible to conceive of a more obscene way of attesting to a fundamental Christian truth; yet, as strange as it is, that’s what the killer did with those words before he pulled the trigger. He was very far from trying to provide comfort to his victims, but there’s a remarkable irony to it all the same.

What was this 26 year-old man trying to get back at God for? Just for being alive, when he didn’t want to be, perhaps? Each case has its particulars in that some of these killers were diagnosed with specific mental illnesses before their crimes, some were undiagnosed but clearly showing symptoms, and some were taking drugs to treat mental illness that may in fact have contributed to a suicidal frame of mind. Regardless of cause, however, it is when they get to that incredibly dark place of wanting to pay God back that they conceive of and execute these unspeakable plans of mass murder. And then part of their “joy” in the act is also always the belief that their sick grievances will be pored over in the mass media. In this the media never disappoint.

Is there a button to push to fix this? There isn’t one button, clearly, but in the face of horror on this scale, it seems at least to me that you have to first grapple with the meaning of the meaninglessness.