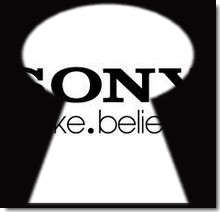 The news lately has been full of scandalous details that have emerged via a cyber attack on the Sony corporation, widely suspected to have been executed by North Korean hackers working to punish the company for producing a comedic film about that country’s leader, the cherubic-faced tyrant and mass murderer Kim Jong-Un (no offense meant, Kim!).

The information made available via this hacking has led to all kinds of guffawing and mockery by media personages and would-be media personages. I have a sense of humor too, and yet I have this sneaking feeling that there’s something seriously out of whack here. Don’t people at these other media entities who are regurgitating and amplifying these stolen communications have any second thoughts about what’s going on?

I mean, on the face of it a brutally repressive paleo-communist regime has attacked a legitimate and very significant corporation operating in the free world out of pure spite and is out to destroy it … and here we are laughing about it. Now, I’m far from incapable of understanding the pleasure that can be taken in seeing powerful and/or possibly sanctimonious people taken down a few pegs by having their politically-incorrect communications exposed. But would any of us want our private communications to be revealed in this way? At the risk of incriminating myself, isn’t it pretty common to make an off-color joke or such to a friend that one would not make while standing at a microphone in public? One assumes the friend understands it’s just a gag, nothing real and horrific meant by it—maybe just caricaturing what some theoretical thick-headed person would say. Few people, surely, would want to be judged on some off-hand private remarks merely aimed at getting a laugh. But so many are jumping upon these stolen communications and seeking to nail these people to the wall. Who’s laughing hardest right now? Kim Jong-Un? Is that who we want to please? (No offense meant, Kim.)

And though it may be one thing to mock the executives and stars, there is sensitive private information, including financial and medical records, of far more ordinary people that is being exposed and disseminated in the midst of all this. What’s taking place (in terms of scale) is an unprecedented crime.

Unprecedented is another way of saying that it hasn’t happened before, but it seems to me that the truly significant thing about all of this is that it is a harbinger of things to come. We walk around daily with little sense of how dramatically exposed and vulnerable we’ve become, and how susceptible to damage, thanks to the digital and internet revolution. You might compare it to people living in a town at the foot of a mountain, unaware that the makings of a huge and catastrophic mudslide have been building and building far above … until one day “BANG!” and may the Lord have mercy.

And the same methods that have been used to cause mega-embarrassment and serious financial damage to the Sony corporation can be employed to cause even more serious damage to people lives via an attack on infrastructure, and on so many things we’ve come to depend upon, to the extent that many people could actually die as a result. This particular attack ought to count as a huge wake-up call, but even as that it is likely too late.

I’d suggest that we’ve gone farther and faster in this electronic revolution than can easily be comprehended, and when the wave comes, it may well be that many of us find we’re too far out to swim back.

In that context, it seems to me that all this laughter at the people of Sony—the first victims, the canaries in the coal mine if you will—sounds rather eerie and hollow.

First, they came for Sony …