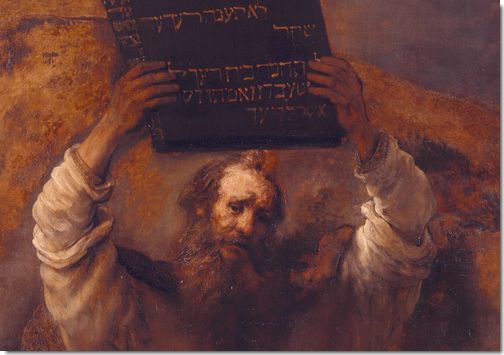 I guess this must be Bob Dylan’s version of a book tour: He answers a list of questions supplied by Jeff Slate for the Wall Street Journal. The substance of it is also posted on the official Bob Dylan website.

It’s pretty clear that Dylan’s answers are written ones. In fact, a lot of the answers sound very much like his own writing in the book that prompted the interview, namely The Philosophy of Modern Song. He’s alternately serious, playful and provocative, and it’s a fun read.

Since a lot of what I’ve written in the past about Dylan has involved the religiosity of his music (and his self), I feel like it would be remiss not to note a couple of things that turn up here.

In response to a question about whether he binge-watches things on Netflix, he amusingly declares that he’s a fan of the ancient British soap opera “Coronation Street,” in addition to the “Father Brown” mysteries and (least surprisingly, perhaps) “The Twilight Zone.” But then he asserts that he never watches anything “foul smelling or evil,” and volunteers the following:

I’m a religious person. I read the scriptures a lot, meditate and pray, light candles in church. I believe in damnation and salvation, as well as predestination. The Five Books of Moses, Pauline Epistles, Invocation of the Saints, all of it.

In a way it’s a neat and funny form of evasion, which Bob has practiced before: that is, to make a grand overstatement. “What do I believe? I believe ALL OF IT! So don’t you bother trying to pick it apart.” Of-course there’s no need to evade, as this is a written response, and he’s volunteering the information, but he still likes to deliver it with a punch. And good for him. As to the breadth of his faith, I think if you spend long enough listening to his songs you come to know that he can see the hand of God everywhere and in everything.

More particularly, it’s true that he is again asserting his faith in the God of the Bible, both Old and New Testaments, as he’s done on many past occasions, although some still like to wonder about it. He’s been doing this publicly in one way or another since the Slow Train Coming album in 1979, and I strongly suspect his sense of private belief goes back much longer than that. You can find an awareness of God and a very biblical view of human nature embedded in even his earliest songs.

Putting these statments together, I’m reminded of an oft-cited quote of his from an interview with David Gates in 1997:

Here’s the thing with me and the religious thing. This is the flat-out truth: I find the religiosity and philosophy in the music. I don’t find it anywhere else. Songs like “Let Me Rest on a Peaceful Mountain” or “I Saw the Light”—that’s my religion. I don’t adhere to rabbis, preachers, evangelists, all of that. I’ve learned more from the songs than I’ve learned from any of this kind of entity. The songs are my lexicon. I believe the songs.

People are always saying that Dylan contradicts himself and is an incorrigible shape-shifter, but I believe he’s actually incredibly consistent on the big things if one takes the time to understand where he’s coming from. Sacred music is prayer, and there’s no truer path to God than prayer.

Dylan also gives an interesting answer to a question about whether technology “aids or hinders” daily life and creativity, saying among other things:

But after going around for a while on the ways in which technology might help or hinder, he sums up this way:

Creativity is a mysterious thing. It visits who it wants to visit, when it wants to, and I think that that, and that alone, gets to the heart of the matter.

That’s an acknowledgement—again, a consistent one of Bob’s—that it all comes from somewhere else: from the mother of muses, from the girl from the Red River shore, from the “Spirit on the Water.”

What a great thing that we still have Dylan around.