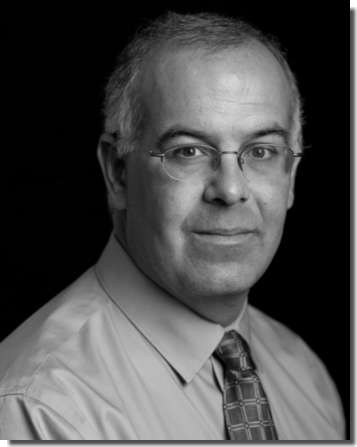 In a recent New York Times op-ed titled “Death and Budgets,” columnist David Brooks points to the example of a writer named Dudley Clendinen to illustrate what Brooks apparently feels is the correct way to face death, especially from that which we call terminal illness. Dudley Clendinen is sixty-six years-old, and has a diagnosis of A.L.S. (Lou Gehrig’s disease). He wrote a piece himself for the Times called “The Good Short Life” in which he explains his decision to forgo a variety of treatments that could keep him alive for some additional years, albeit in a progressively more disabled state. Essentially he says that he is plumping to let the disease take its course, and he thinks it likely that he will die from aspirational pneumonia some time in the next several months (although he is not opposed to giving himself a shove into death by some other means if he deems it necessary).

David Brooks moves quickly to presenting Clendinen’s story as a valuable “backdrop to the current budget mess.” Health care costs being such a big part of it, he argues, wouldn’t it be great if everyone had the same attitude to death as Dudley Clendinen? Our society would save so much money by not having to provide great quantities of medical care to the elderly and terminally ill, when all it does is provide them with a few more years of living—and diminished living at that. His argument is really just that simple.

David Brooks’ column is especially pernicious because it begins by presenting a position that is morally inarguable, and then uses that as a kind of stealthy launching point for an argument that is morally repugnant, although one that is gaining ground in many societies, and may soon find ascendance in U.S. society as well (at least if some have their way). The morally inarguable position is that we all have the right, and ought to have the right, to decline medical interventions which might prolong our lives but which in our judgment come at too high a cost in terms of dignity or pain or freedom. People make these decisions for themselves every day in our society—to forgo the chemotherapy, to take a pass on the surgery—and this is exactly as it should be. People by their own choice decide to stop the struggle, if possible to go home, to take pain medication, to be with their families and friends, to live their end as freely as possible. (And it should not be forgotten that in these circumstances people sometimes far outlive the prognostications of the medical professionals.) That this can be an admirable and dignified way of dealing with death is not in question by anyone. Mr. Clendinen did not invent it, and his own death will not be the last to take place in this manner. It will surely not even be the only death of that nature (i.e. postponable by more aggressive medical intervention if sought) to take place in his town on the particular day that he dies.

However—and this in a nutshell is the deep problem with David Brooks’ rationale—such a decision only possesses dignity and moral inarguability if it is one made freely by the individual based on his or her own sense of propriety, absent pressure from others or from society at large, let alone the pressure of those who fix budgets in some far away capital. David Brooks is perniciously conflating what is very much a matter of private and personal dignity with public considerations of how medical care ought to be paid for.

And worse, in a jaw-dropping presumption, Brooks’ column is quite clearly suggesting that what is good for someone like Dudley Clendinen ought to be good for everyone, regardless of the differences in all of our lives and circumstances.

It is wonderful that he can describe himself as “prepared,” and that he feels that he is, in his words, “dancing, spinning around, happy in the last rhythms of the life I love.” He apparently is finding much joie de vivre in la mort, and who can do anything but faire un salut to him for that? A life well lived is the best preparation for a good death, and Mr. Clendinen apparently is secure in feeling that in his sixty-six years he has had such a well-lived life.

However, it is not so for all, and the implicit disregard of this in David Brooks’ column gives it an aspect of quite frightening coldness. The concerns of those facing life-threatening illness, in old age or any other time, are as varied as the individuals themselves. Who can place a value on what another six months, year, two years, or six years of life (even in a physically diminished state) might have for another person? Is it really necessary to rehearse scenarios? A grandparent both experiencing and providing great joy with a special grandchild: What might be the value of another couple of years? Answer: only the whole world. A man who has done all the wrong things, and only late in life found meaning and discipline and a chance to make some amends: What value to him and to those in his life of another six months or three years of his presence? Answer: It is beyond pricing, and so are the circumstances of each individual’s life. When someone can feel, like Mr. Clendinen, that “it’s time to be gone,” then that is a rare thing of great value and sometimes a truly sacred blessing; it is one which comprehends great dignity. Yet, there can be a dignity also in raging against the dying of the light. There is a joie de vivre that can be expressed in desiring to live, after all, despite the effort, inconvenience and pain. No one’s choice to go through that effort should receive anything less than the admiration being offered to such as Mr. Clendinen for deciding to die with much less hubbub.

Traditionally in our society—and in Western society in general—it has been considered appropriate, and indeed obligatory, to offer comfort and support to the ill, of whatever age, and to encourage their continued life. The medical profession has leaned heavily towards treating the illness and extending the life, without regard to whether it might instead be wiser to have the patient read some essay such as that of Dudley Clendinen with a view towards encouraging emulation of his cheerful resignation to death. The opportunity to opt out of treatment is one that is always present for someone who is still making decisions for him or her self, and it is one that is properly exercised by that individual based only on his or her own inner conviction. There are obviously those who seek to move us towards a society where there is instead a presumption against being burdensome; a society where each and every patient, regardless of how unprepared he or she might be for death, should sharply feel the pressure of overstretched (or mismanaged) budgets and a world-at-large that asks, “Is all this struggling really dignified? Don’t you think you’d be better off dead?” The consequences of shifting the equation of care and treatment in that direction are—or certainly should be—both horrible and terrifying.

There can be a point, of-course, at which grasping for life inarguably loses all dignity and becomes in itself a morally repugnant act. That is when one seeks to maintain one’s own life by denying it to others, as in purchasing organs which were taken from people killed for that purpose, or—in the view of many including myself—utilizing the product of a human life that has been created and destroyed in the laboratory.

At the end of the column, David Brooks points to some pieces written by a few unlikely writers which he apparently feels helped him towards his current cold-eyed accountant’s perspective on death and budgets. One is “Born Towards Dying” by the late Richard John Neuhaus. This selection in particular greatly suprised me, since I’m fairly familiar with Neuhaus’s writing, including that piece, and I know no other writer or figure of recent memory who could be described as more resoundingly pro-life.

And in fact, the piece in question (which Neuhaus later expanded into the superb book As I Lay Dying: Meditations Upon Returning

) nowhere makes a case for encouraging people to give up the struggle for life in the name of balancing anybody’s budget. I can only speculate that Brooks is perversely taking sustenance in Neuhaus’s themes that (1) we are born to die and (2) that it is a great blessing to not be consumed by a fear of death when it arrives.

Indeed, we are all born to die; it is the single experience other than birth which we are all bound to share and the single inevitability which springs from that birth. Considering this, the question of our own death, or how to die well, is one which receives far less consideration from us than it deserves.

This leads directly to the notion of the value of not fearing death when it arrives, whether for a quick warning fly-by or ready with the chariot to take one home. For Neuhaus, inevitably, this must be inextricably bound up with his certainty that his Redeemer lives (although his reflections in that book range well beyond religious dogma).

A life well-lived is the strongest groundwork possible for a death well-died. Nowhere in his essay or book however does Richard John Neuhaus suggest that a life well-lived includes days spent encouraging others to die sooner in order to ease budgetary shortfalls. Brooks has apparently read a number of good things on the subject of death, but has somehow ended up drawing only the most distorted and worst possible conclusions.

Fortunately for David Brooks, he still has some time left to rethink things.