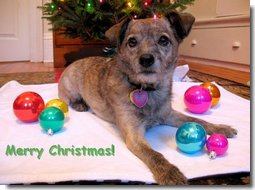 The multifaceted writer Mark Steyn recently reposted on his website an audio tribute he made to the late songwriter Hugh Martin (who died in 2011). Martin is the composer of “Have Yourself A Merry Little Christmas,” surely one of the most poignant popular songs of Christmas. That was written for the 1944 film Meet Me in St. Louis, starring Judy Garland, and for which Martin also wrote “The Boy Next Door” and “The Trolley Song.”

Steyn has a great knowledge of and ear for the nuances of popular songwriting, and an obvious kind of affection for the quirky personalities of songwriters and singers and showbiz types generally. Out of all of their nuttiness and the shenanigans and unlikely twists come, after all, those great songs and records which then take on their own life in the popular consciousness, and provide, in that hackneyed but still rather apt expression, the soundtrack to our lives.

Naturally we don’t all choose to trundle along to the same soundtracks. But Steyn’s soundtrack overlaps with my own in at least a significant part, and I’m always so grateful for what he contributes to my understanding and enjoyment of it.

Steyn’s tribute to Hugh Martin (featuring interview segments and musical interludes) is in two parts, and in pace I think it makes for a great antidote to the Twitter-verse and the 24/7 news cycle and the carnivorous constant background media maw. It’s a chance to sit in the glow of the fireplace—or if need be just warm yourself by the light of the laptop—and hear something that is gently informative, amusing, and ultimately quite touching in just the most understated and lovely way. In fact it’s so nice that I’ve personally decided to make a Christmas tradition of listening to it, kind of like It’s A Wonderful Life and Rudolph the Red-Nosed Reindeer.

In the first part the focus is largely on the key events that led to “Have Yourself A Merry Little Christmas,” the film Meet Me in St. Louis and Judy Garland. In the second part we hear of Hugh Martin’s intersection with Frank Sinatra (whose rendition helped make “Merry Little Christmas” so universally known) and also are treated to Martin’s own special live performance of the song for Steyn. We also hear how he embraced Christianity later in life, became the pianist at his local church and even rewrote his most famous song into “Have Yourself a Blessed Little Christmas”—not, mind you, as a rejection of the earlier versions, but just a way of putting the same great tune to another purpose.

And on that note, have yourself both a merry and blessed little Christmas.