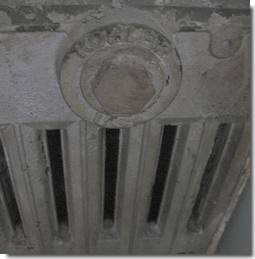 A man in New York City was picked up last month on the charge of trespassing. He had been found by police sleeping in a stairwell of a public housing project in Harlem. It has surely been a very cold winter in New York, and I guess a stairwell there is one of the places where someone without a home of his own could find some shelter. Public housing projects in New York City generally have token and non-functioning security mechanisms, so that anyone can just stroll in off the street and do whatever they want in the stairwells—which is naturally catastrophic for the quality of life of all of the residents (and yet our new mayor is more concerned about banning carriage horses from pulling carriages, rather than fixing such a fundamental problem for so many poor city residents). The easy accessibility of a legally-prohibited sleeping space was arguably tragedy number one for this man, Jerome Murdough, although really it had come after all of those other tragedies that led him to his life of living on and off the street.

So, he was arrested, and, having a record of various other misdemeanor infractions, he was held with his bail set at a figure that he couldn’t possibly produce (although only about a day’s wages for a halfway decent trial lawyer). He was 56 years-old, and he had been prescribed both anti-seizure and anti-psychotic medications, whether he’d been taking them recently or not. Much earlier in his life he had been a United States Marine. His mother has been quoted as saying that he had bipolar disorder and schizophrenia, and that he drank too much beer, and she had not seen him in three years, but that he was also a very nice guy who would give you the “shirt off his back.” And there’s no reason to doubt his mother on that.

On Valentine’s Day, February 14th, a week after his arrest, Mr. Murdough was locked into a cell on Riker’s Island at 10:30 p.m., in the “mental observation unit,” where he was supposed to be checked every 15 minutes, in case of any suicide attempt. So much for supposin’. Four hours later he was found dead. The temperature of his cell and of his body was recorded at over 100 degrees. Unnamed city officials have attributed his death to the fact that “malfunctioning equipment” had heated his cell to this unhealthy level, and that Mr. Murdough had not opened an available vent in his cell, and that possibly the medication he was on had made him more vulnerable to the excessive heat. One anonymous official supplied the headline: “He basically baked to death.”

Heat in New York City can be a funny thing. City regulations require certain temperatures to be maintained, which in old and drafty buildings can be very hard, especially on the lowest floors, without having the boiler blasting to kingdom come. But then heat rises and the upper floors ultimately become overheated, unless there is a fancy zone control system, which there usually is not in an old building. I’ve never forgotten a visit to New York once before living here, when I rented a room at the YMCA in the dead of a very cold winter, the room being on one of the upper storeys, and how it was so difficult to sleep for the awful heat, even with the window wide open. It was well below freezing outside, but perhaps 95 degrees in the room. But I guess the people in the basement were probably quite comfortable. Rather than a “malfunction,” my own speculation would be that these cells are probably always too hot in the winter, just by the nature of the heating system.

In any case, Mr. Murdough had no way of getting relief, apparently lacking the motivation or stability of mind to open an air vent, or to call for help. He’d been down a rough road, and this was simply where it ended. I feel bad for him, that it ended in this way and that he didn’t have just one more chance to find the best in himself and turn another page in his life.

The professional advocates are already declaring what a failure this was of “the system;” that Mr. Murdough should have been sent for psychiatric care instead of being imprisoned. And, all things being perfect (as they are not), that’s true.

And one of Mr. Murdough’s sisters, named Wanda, has been quoted thusly:

“We want justice for what was done. He wasn’t just some old homeless person on the street. He was loved. He had a life. He had a family. He had feelings.”

Well, not to be hard on his sister, but to those who saw him without knowing him, he must have appeared exactly as “just some old homeless person on the street,” a man who appeared unconnected to anything, who might die without anyone caring. Plenty do, all the time. Yet they all had families in the beginning, presumably were loved at one time by somebody, and had their own feelings, even up until the last moment.

Without knowing Mr. Murdough, it is still very sad to think of someone dying so alone, genuinely bereft, in such a meaningless and horrible way. There’s nothing wrong with allowing it to make you pause, and to take stock. Someone wise once said, “It is better to go to the house of mourning than to go to the house of feasting, for this is the end of all mankind, and the living will lay it to heart.” Yet there aren’t any words that can rationalize the way of Mr. Murdough’s death or make it seem alright. Maybe only a song could say something worthwhile to the questions it raises. A song like “Abide with Me.”

Or even “God Loves a Drunk,” by Richard Thompson.

‘Cause God loves a drunk, the worst of men
Like the dogs in the street and the pigs in the pen
A drunk’s only trying to get free of his body
And soar like an eagle high up there in heaven
His shouts and his curses they are just hymns and praises
To kick-start his mind now and then
O God loves a drunk, come raise up your glasses, Amen