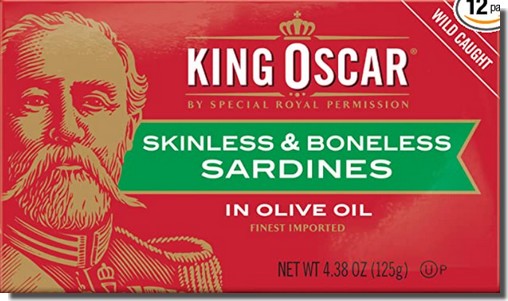 The evidence just keeps piling up. From the Beeb:

Their study of 3,000 people, published in Archives of Neurology, found people with the lowest levels of the sunshine vitamin had a three-fold higher risk.

Vitamin D could be helping to protect the nerve cells gradually lost by people with the disease, experts say.

So many scourges of modern man have been exacerbated by our tendency to be indoors all of the time, and further exacerbated by the directives of dermatologists demanding that we use absurd levels of sun protection on those few occasions when we do go out. We were designed to get some sun. That’s why the sun was put there in the first place, up in the sky where it would shine down on us. Of-course, one should try to avoid getting burned by the sun. Sardines are good source of Vitamin D too — and constitute an inexpensive supply of healthful nutrition in these hard times as well, I might add.

And so ends this Public Service Announcement.