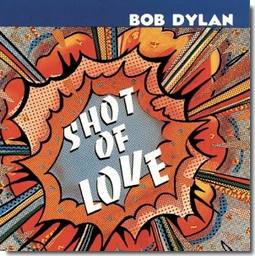 Bob Dylan first recorded the song “Let It Be Me” on his 1970 album Self Portrait, with that crooner-kind-of-voice and the soft and sweet country music sound that he was utilizing back then. This was not, however, his final take on the song.

Wikipedia naturally has some details on the song’s history. The Everly Brothers had the biggest hit with it, in 1960. The original composition was in French, from 1955, written by Gilbert Bécaud and Pierre Delanoe. The distinct English lyrics with which we are familiar were written by Manny Curtis (aka Mann Curtis, aka Manny Kurtz, who also wrote lyrics for Duke Ellington’s “In A Sentimental Mood”). It’s now been sung by too many singers to even think of listing.

Bob Dylan’s second recorded take on the song was some eleven years after his first. It was during the Shot of Love recording sessions, and it ended up being released as the B-side of the 45 rpm single, “Heart of Mine.” As on a number of the Shot of Love tracks, Bob is accompanied on vocals by Clydie King. To my ears, at least, this rendition of “Let It Be Me,” filled as it is with emotion and unfakeable spontaneity, is absolutely incandescent. You may be able to listen to it below via YouTube. (I hope this and other material from the era will be officially released before long in high quality form.)

And, especially as it comes from what was still Bob’s “gospel period,” I think that a listener is quite justified if he or she senses a poignancy in Dylan’s interpretation of the song that goes beyond the more obvious boy/girl sense of the lyric.

I bless the day I found you
I want to stay around you
Now and forever, let it be me

Don’t take this heaven from one
If you must cling to someone
Now and forever, let it be me

Each time we meet love
I find complete love
Without your sweet love what would life be?

Well, if you must cling to someone, indeed—the language of the song is especially clingy, with this persistent demand, “let it be me.” But with that affecting melody and when graced by the right kind of performance, that is not so much how it comes across. Rather than clingy, it is meek, and it is vulnerable and quite naked. It connects, maybe, with that meek, vulnerable and naked honesty at the bottom of all of us.

Any way you cut it, the song is a particularly shining example of the art and alchemy of great popular music.