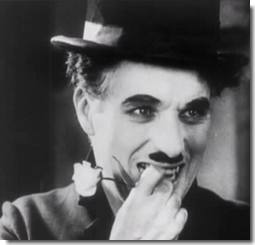 Researchers have found a dramatic link between the presence of smiles in photos taken during childhood and young adulthood and the future happiness of the people in those photos (see WSJ article by Matthew Hertenstein). Most specifically, a study of hundreds of college yearbook photos found that those individuals who smiled least were about five times more likely to get divorced later in life versus those who smiled most. Further research indicated that even photos taken at the age of 10 illustrated a strong correlation between a full-faced smile and a future successful marriage, versus a flat or stoic look and the likelihood of experiencing divorce(s) instead. The better-smiling types also seem to live substantially longer.

It seems clear enough that the more research that is done, the more associations there will be between smiling in youthful photographs and successful outcomes in every area of life. This is very depressing for someone like me. Were one to go through my childhood photos, one would conclude that I should be divorced four or five times by now. As it happens, I have failed to get started on even my first divorce. I can only conclude that my wife’s far more cheerful and smiling nature as a child has somehow outweighed the grim misery with which her future husband was obviously burdened. So, therein lies a key lesson for the non-smilers: do not marry someone as sour-faced as yourself.

Of-course, this is also a case of scientific research once again confirming something that everyone pretty much has always known. And it has been told by poets and songwriters since human life began. Louis Armstrong not only sang it, but lived it: “When you’re smiling, the whole world smiles with you.”

A smile can’t change the weather, or stop an earthquake, or deflect a bullet, but somehow it seems to be able to make these and the other challenges of life easier to bear. As it says in the old Charlie Chaplin tune:

Smile though your heart is aching
Smile even though it’s breaking.
When there are clouds in the sky
You’ll get by

Many have dismissed this over the years as nothing more than a trite sentiment, but now, with the scientific evidence pouring in to back it up, I have to guess that those people’s frowns will only be deepening.

But let’s not go too far with all of this. The data may not all be in yet, but I would wager that when it is, it will show that very fake smiles have a precisely opposite effect. That is, a person who regularly displays an obviously fake smile in order to hide his ill intentions is more likely to inspire hatred and/or violence. At least, I can say with confidence that such fake smiles inspire hatred and/or violence in yours truly.

So the key to this smiling schtick is that it should not only be a schtick; one should actually have a real reason to smile, not only in clearly prosperous moments but even when the rain is falling and the carpet is being pulled from under one’s feet. That is no simple thing: it is not merely a question of forcing the corners of one’s mouth upward. It must go back, after all, to a fundamental philosophy of life, albeit one that need not only be innate (as it seems to be for some blessed souls) but can also be cultivated for those of us who starred in all of those bad photos as children.

We might try to remember that the first response not only to the good fortune but also to the bad ought really to be a smile, because—but for some mysterious grace beyond our understanding or imagining—we may never have been around to experience anything at all. That’s the kind of smile that might make a pretty strong umbrella.