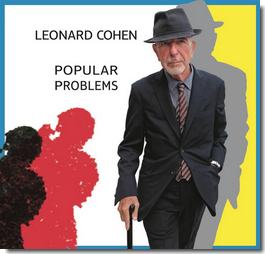 It might actually surprise many to hear him speak in this way and also so directly on this, although perhaps it is uncommon for him to get asked the question so directly.

(And at the age of 80, of-course, anything you don’t say rather directly runs the risk of not ever being said at all.)

It does raise this issue: Does Leonard Cohen’s being Jewish in some kind of believing sense matter to the way people might listen to his music? Does it matter whether Barry Manilow believes or practices Judaism in any way? I guess the answer to the latter all-but-rhetorical question is no … but I think that it does matter in the case of Leonard Cohen, and I think even his answer at this press conference may have an effect on some listeners or potential listeners in one way or another. 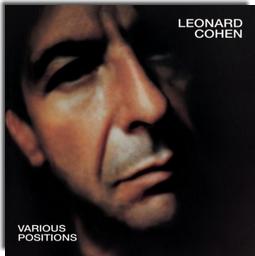 But to illustrate what yours truly thinks about it requires me to recall a period when I more or less abandoned listening to Leonard Cohen, although I’d been a pretty big fan around the 1980s (my “coming-of-age” era). Cohen’s songs have always circled around the big questions, employing a plethora of religious images and references to work their mesmerizing magic (that is, if you happen to be one of the mesmerized versus one of the totally disinterested). There are the obvious Jewish references, but there are also strong Christian and even specifically Roman Catholic touchstones deployed, as well as what we might loosely call paganistic kinds of invocations. I guess in listening to his songs I’d always thought Cohen himself believed something, but at some time during the 1990s I kind of absorbed through osmosis the notion that Cohen was essentially a religious tourist or dilettante, merely grabbing things from here and there to buttress his songs but not really meaning any of it. I suppose it may have something to do with the story of his spending a long time in a Buddhist monastery, and things written on him around that time. If I’d been asked, I likely wouldn’t have said it bothered me, but the proof was just in the fact that his old albums were not getting played like they used to be. Cohen employs humor in his songs, which I always liked, but I think I became suspicious that he was just making fun of everything while keeping a safe distance from it all, and this notion made me uneasy.

I shouldn’t have let things written or said by other people influence my own instinct about someone’s music, but these things happen. I only actually realized what had happened when the notion was reversed. This occurred when I somehow came across an interview with Leonard Cohen from 2001, in which he addressed the subject. I guess I was reading it just because Leonard Cohen has always given entertaining interviews. In any case, he talked about his time in the Buddhist monastery as being about providing a routine, a discipline, and a daily structure, things he identified that he badly needed, and not being about religion as such at all.

“I am not a Buddhist,” he insists. “My old religion is fine. I still feel like a Jew and I like to follow some of the old traditions. My contact with Buddhism has simply been that of a student. So, I have been able to understand it better. It has been simply a study and nothing religious because one does not learn another type of dogma nor another type of God. It was a mechanical study of the techniques to live … Buddhism limits itself to instructions, you may put into practice the theories without necessarily believing in them.”

It’s curious how reading this back then made a fog lift from some area of my semi-conscious brain, and things kind of slid into place. I suddenly had a yen to go back and listen to some Leonard Cohen again. (And I’ve been doing it ever since.) Why? What did it matter?

Cohen professing to follow his “old religion” didn’t mean he believed exactly the same as me, since I’m a Christian (albeit one more enamored of the Hebrew rather than the Greek roots of the theology). But what it meant was that he had an anchor, that at the end of the day it wasn’t all just a matter of ironic references and magpie-like constructions, piling images and myths to create something that might affect a listener; at the end of it all there were things that were sacred to him, and his journey through all of this in his songs was not merely a game.

This ought to be very clear to an objective listener, I now know, but you can get distracted. We get sadly accustomed in this world to being fooled.

So listening anew to Leonard Cohen made me realize that he is not a religious tourist so much as he is a religious alchemist. His use of both Jewish and non-Jewish religious imagery and references in his songs is not by way of ironic mockery, but rather a feature of his poetic gift for finding the unity in all of these things. The human struggle and search is the same, even if we have different starting points, and even while we are loyal to that which we have been granted the gift of having faith in.

The degree of Leonard Cohen’s Jewishness according to standards of orthodoxy is a subject other people can debate if they choose. It really doesn’t matter to this listener. But it does matter—as just in one example—that when he sings the wonderful “You Got Me Singing” on his new album, there is a very real and unironic and sacred You somewhere in there. All of the other irony, cleverness and occasional bitterness in Cohen’s songs just adds to the richness and realness and honesty of his work … so long as there is just this one thing that hangs on and remains true.

And what a great time for a new Leonard Cohen album! (Someone, dare I say it, deserves some thanks.)