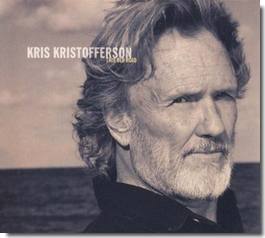 It would be remiss not to make note of the very special tribute that Bob Dylan paid to Kris Kristofferson in the speech he gave last Friday, February 6th, at the MusiCares benefit. (Transcript “from Bob’s notes” now at this link.) After speaking about how the Nashville scene was once “sewn up in a box” by a collection of songwriters and power brokers, he goes on:

Everything was all right until – until – Kristofferson came to town. Oh, they ain’t seen anybody like him. He came into town like a wildcat that he was, flew a helicopter into Johnny Cash’s backyard, not your typical songwriter. And he went for the throat. “Sunday Morning Coming Down.”

Well, I woke up Sunday morning
With no way to hold my head that didn’t hurt.
And the beer I had for breakfast wasn’t bad
So I had one more for dessert
Then I fumbled through my closet
Found my cleanest dirty shirt
Then I washed my face and combed my hair
And stumbled down the stairs to meet the day.

You can look at Nashville pre-Kris and post-Kris, because he changed everything.

But he’s not really done with Kristofferson here. (Kristofferson, by the way, is now 79 years old. He’s been public about some memory problems he’s been having, but has still been working recently, including playing an acoustic show at the Ryman last September.)

After Dylan’s funny routine about how critics seem to have assigned him the job of “confounding expectations,” he says: “Why me, Lord? My work confounds them obviously, but I really don’t know how I do it.”

Well, talking about Kristofferson and then a couple of minutes later using that phrase, “Why me, Lord?” can’t but summon up his great song of the same name. (Here by George Jones.)

But it’s not just once. Later, riffing on how the critics insult his voice, but (supposedly!) never Tom Waits’ or Leonard Cohen’s voices, he says: “What have I done to deserve this special treatment? Why me, Lord?”

And then, once more:

Slur my words, got no diction. You have to wonder if these critics have ever heard Charley Patton or Son House or Wolf. Talk about slurred words and no diction. Why don’t they say those same things about them?

So, three times he alludes to the title of one of Kris Kristofferson’s greatest songs, which, I think, makes it qualify as an allusion indeed.

And of-course Kristofferson’s song is about gratitude to God for grace and blessings undeserved, and it’s also a nakedly honest prayer for more help—much more help.

And it is never much less than devastating to hear it.

Why me Lord?
What have I ever done
To deserve even one
Of the pleasures I’ve known
Tell me Lord
What did I ever do
That was worth loving you
Or the kindness you’ve shown

ADDENDUM July 2016: At the time of writing the above, Kris Kristofferson was being treated for Alzheimer’s disease, but recently it has emerged that this was a misdiagnosis, and that his memory loss and other symptoms apparently were the result of the tick-borne illness called Lyme disease. Now being treated for Lyme instead, he is reportedly much improved. God bless him …