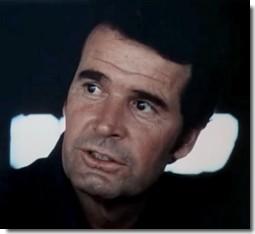 James Garner died over the weekend at the age of eighty-six. As a film and TV actor, he had a remarkably long career, and his passing is provoking tributes from far and wide. But I suppose to people in my own age group (whatever that may be) he’ll always be remembered and loved first and foremost for the character of Jim Rockford, private investigator, a character created and written for him and which he played so incredibly well and clearly relished.

It’s difficult to re-imagine my own childhood without The Rockford Files in it, and I daresay it must be the same for many others. Sure: it was just one of a bunch of detective shows on TV (and the 1970s produced some great television) but there was something special about Rockford. Who couldn’t relate to him? He was no superhero; he broke the rules, wisecracked his way out of situations, was unafraid to show fear for his own skin, worked for the pay-off but—you always knew—had heart of gold underneath his jaded exterior that prevented him from ultimately doing anything truly wrong and mean. It was a somewhat different portrayal of manliness from some other popular ones on the screen, to be sure, but it still was manliness; he was not a weasel. 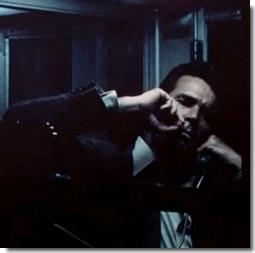 And who didn’t want to be him? He lived by himself on the beach in Malibu. So what if it was in a broken-down trailer? To a boy growing up in some nowheresville locale, it looked like a vision of heaven. He was his own boss, did what he wanted when he liked, answered to no one, worked when he wanted to make money, even if he rarely got paid. (Wait a minute: I am him! Except for some reason I can’t parlay this lifestyle into buying a beautiful new Firebird every couple of years … )

There was a great spot on the beach a short walk from his trailer where he could always get a bite to eat and talk to clients. These things are important. He had, as we understood (although it was discreet) a regular squeeze in his lawyer Beth, but other women flitted in and out with implied back-stories, and it seemed like at least one out of every three clients would be a female where there was an implied dalliance. And what’s better than lots of implied dalliances? 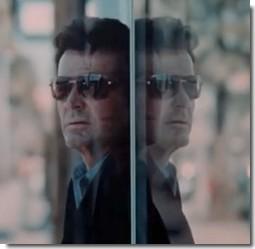 He had a friend, if less than totally dependable, in a police sergeant named Becker. He had another friend, way more than totally undependable, in Angel, a perpetually nervous, hustling, utterly self-centered small-time criminal. Indeed, Rockford’s continued friendship (of sorts) with Angel seemed to prove that he not only had a heart of gold but must have been some kind of St. Francis under it all.

Rockford met Angel in jail, of-course, and what could be better than having a stint in the big house safely tucked into your back story? 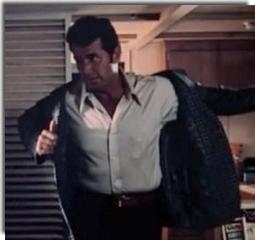 One could go on and on about the many enjoyable aspects of the character of Jim Rockford, the general set-up of the show, and the quality of so many of the episodes. But the chief point to be made today is that none of it would ever have existed without the person of James Garner, for whom it was all created and who wore it like a glove and carried with his talent, charm, good humor and grace. He was an original, and an American original. We were blessed to have him with us.

And if they have any sense up there, there is activity now on the backlot in heaven, and there will be many new episodes to watch, with Rockford in his prime, by the time the rest of us poor sinners arrive.